As a fetal surgeon at UC San Francisco, Tippi MacKenzie, MD, has long known that conducting surgery on a fetus to correct a problems such as spina bifida often results in preterm labor and premature birth. 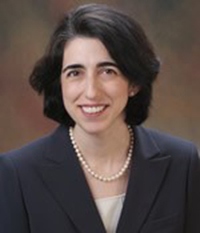 Now, MacKenzie and her UCSF colleagues have shown that, in mice at least, pregnancy complications after fetal surgery are triggered by activation of the mother’s T cells – the same T cells that cause the body to reject a donor organ after transplant surgery

“Here at UCSF, the birthplace of fetal surgery, preterm labor has been described as the ‘Achilles’ heel’ of the field because it diminishes the benefit of the surgery itself,” said MacKenzie, an associate professor of surgery and director of research at the UCSF Fetal Treatment Center. “However, specific treatments have not been developed because until now, the biological triggers responsible for preterm birth have been unknown.”

If the same fetal rejection mechanism is occurring in humans, she said, “we have the ability to design specific medical treatments to prevent it – for example, by using medications that target some of the pathways involved in T cell-mediated rejection.”

The study was published online on January 15, 2014, in the Journal of Immunology and will be printed in the February 15 issue.

Normally, pregnancy is a robust form of immune tolerance, in which the pregnant mother naturally tolerates a genetically foreign fetus, MacKenzie explained. “This is in contrast to an organ transplant, where you need to administer immunosuppressive drugs to prevent the body from rejecting a foreign graft. Our study supports the idea that fetal intervention breaks this tolerance by activating the mother’s immune system, suggesting that the biology behind preterm labor is similar to transplant rejection.”

In their study, MacKenzie and her team used a mouse model of fetal intervention to show that, after fetal surgery, maternal T cells gather in the uterus. “These are effector T cells, which are the main cells responsible for rejecting a transplanted organ,” said MacKenzie. “In a shift from the normal balance in the uterus, they outnumber regulatory T cells, which are usually responsible for suppressing an immune response against the fetus.”

The scientists next worked with genetically modified mice that had T cells designed to recognize and reject one specific foreign protein. They transferred those T cells into the circulation of pregnant mice whose fetuses expressed that protein because they had inherited the gene from their father. The scientists found that, in mice that had fetal surgery, the transferred T cells multiplied and migrated to the uterus.

“It’s known that in a normal pregnancy T cells that recognize the fetus can circulate in the mother and live in harmony with the fetus,” said first author Marta Wegorzewska, a graduate student in the MacKenzie lab. “But when you perform fetal surgery, they get activated and go to the uterus.”

Although the activated T cells were an important clue, the researchers’ next step was to prove that they had a harmful effect on pregnancy. They designed an experiment in which half of the pups carried by a pregnant mouse were genetically identical to their mother – as is common among experimental mice – and half were genetically different and expressed foreign proteins inherited from the father. They then injected more of the foreign protein into each fetus in the litter. After this fetal intervention, the scientists observed that there were significantly more deaths among the genetically different pups than among the genetically identical pups.

They then repeated the experiment on a group of mice without T cells and found no difference in the rate of death between the two types of pups.

“This experiment demonstrates that activation of the mother’s T cells after fetal surgery can mediate the death of genetically foreign fetuses,” concluded MacKenzie.

The next step for her team, she said, “is to determine to what extent fetal interventions trigger the mother’s immune response in humans, or if there is some other cause. Those studies are currently under way.”

The study was supported by funds from the California Institute for Regenerative Medicine, the National Institutes of Health (K08 AI085042), the National Science Foundation, the March of Dimes and the Pathology & Imaging Core of the UCSF Liver Center.

UCSF is the nation’s leading university exclusively focused on health. It is dedicated to transforming health worldwide through advanced biomedical research, graduate-level education in the life sciences and health professions, and excellence in patient care. It includes top-ranked graduate schools of dentistry, medicine, nursing and pharmacy; a graduate division with world-renowned programs in the biological sciences, a preeminent biomedical research enterprise and two top-tier hospitals, UCSF Medical Center and UCSF Benioff Children’s Hospital.