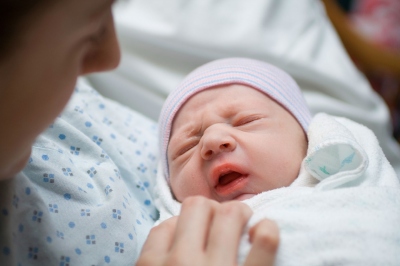 Women giving birth in California can face a huge cost difference in their hospital bills, according to a new UC San Francisco study.

The study found that California women giving birth were charged from $3,296 to $37,227 for an uncomplicated vaginal delivery, depending on which hospital they visited. For a C-section, women were billed between $8,312 and nearly $71,000. Few of the women in the study had serious health issues and most were discharged within six days of admission.

For the more than half million women who give birth at California hospitals every year, medical costs are difficult to predict and can result in differences of thousands of dollars among facilities even in the same geographic area, the researchers said.

“Unlike other industries, the way health care is priced and paid for is notoriously opaque, making it difficult for patients to act as educated, price-comparing consumers,” the authors wrote.

The study was released online January 16 in BMJ Open. 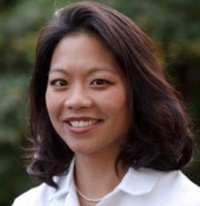 “This is unfortunately the appalling state of affairs of health care in the United States,” said lead author Renee Y. Hsia, MD, an associate professor of emergency medicine at UCSF. She is also an attending physician in the emergency department at the UCSF-affiliated San Francisco General Hospital & Trauma Center and a faculty member of the UCSF Institute for Health Policy Studies.

“Childbirth is the most common reason for hospitalization, and even for an uncomplicated childbirth, we see a staggering difference in what hospitals charge, even for the same, average patient,” Hsia said. “These charges affect not only the uninsured, but also the fee-for-service reimbursements by some private insurers, which can translate to out of pocket costs for patients.”

The analysis considered not only billed charges but also estimated how much hospitals were reimbursed for births, based on aggregate discount rates for private insurers that the authors applied to the childbirth charges. The researchers accounted for patient-specific demographic and clinical differences.

On average, the estimated discounted prices paid by insurers amounted to 37 percent of the original hospital bill. The authors calculated that hospitals billed $1.3 billion in “excess charges” among the women studied – the difference between charges and reimbursements.

The study also analyzed whether characteristics of hospitals influenced what they charged patients for their stays. The authors found that in California, hospitals charged significantly more if they were in areas with higher costs of living, were for-profit, or had a more severely ill patient population.

Childbirth is the most common reason for hospitalization, and even for an uncomplicated childbirth, we see a staggering difference in what hospitals charge, even for the same, average patient.

The researchers said that health care pricing in the United States is largely based on an outdated pricing and payment structure, with medical charges poorly reflecting actual costs. Given a lack of regulation affecting medical charges, variation in hospital prices is to be expected, the authors said.

“At a time when out-of-pocket payments for health care are increasing, and the growing number of ‘consumer-directed,’ high-deductible health plans put more pressure on patients to make cost-efficient health care decisions, the opacity of health care pricing is increasingly concerning,” the authors wrote.

Hsia received support for the study through the KL2 scholars grant through the UCSF-Clinical and Translational Science Institute (CTSI); the Robert Wood Johnson Foundation Physician Faculty Scholars Program; and a grant from the UCSF Center for Healthcare Value.

The study is co-authored by Yaa Akosa Antwi, PhD, an assistant professor of economics at Indiana University-Purdue University Indianapolis; and Ellerie Weber, PhD, of the University of Texas School of Public Health at Houston.