Americans are being exposed to significantly lower levels of some phthalates that were banned from children’s articles in 2008, but exposures to other forms of these chemicals are rising steeply, according to a study led by researchers at UC San Francisco.

Phthalates, which are used to soften plastic, can be found in nail polish, fragrances, plastics and building materials, as well as the food supply. An accumulating body of scientific evidence suggests they can disrupt the endocrine system, which secretes hormones, and may have serious long-term health consequences.

The paper, published in Environmental Health Perspectives, is the first to examine how phthalate exposures have changed over time in a large, representative sample of the U.S. population. It delineates trends in a decade’s worth of data—from 2001 to 2010—in exposure to eight phthalates among 11,000 people who took part in the National Health and Nutrition Examination Survey conducted by the U.S. Centers for Disease Control and Prevention. 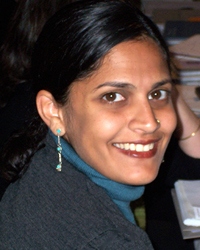 “We were excited to see that exposure to some of the phthalates that are of public health concern actually went down,” said Ami Zota, ScD, MS, an assistant professor of environmental and occupational health at the George Washington University School of Public Health and Health Services, who did the research when she was a postdoctoral fellow at UCSF’s Program on Reproductive Health and the Environment. “Unfortunately, our data also suggest that these are being replaced by other phthalates with potential adverse health effects.”

Like previous studies, this one found that nearly all of the study participants had been exposed to at least some of the phthalates that were measured, including those that have been partially banned.

Six of the phthalates have been banned from use in children’s articles, such as toys. Three were permanently banned, and three were subject to an interim ban, pending further study, from use in toys that can be placed in a child’s mouth. The law took effect in January of 2009.

Exposures to the phthalates subject to the permanent ban—BBzP, DnBP and DEHP—all went down. DEHP exposures were consistently higher in children than adults, but the gap between the age groups narrowed over time. Data were not available for children younger than 6 years old.

Paradoxically, exposures went up in the phthalates that Congress banned pending further study—DnOP, DiDP and DiNP. They increased by 15 and 25 percent in the first two, but went up nearly 150 percent in DiNP, which industry is using to replace other phthalates like DEHP. DiNP was recently added to the list of chemicals known by the state of California to cause cancer under California’s Proposition 65.

The federal ban is not the only force at work in determining phthalate exposures. Both consumers and industry have changed their behavior in response to advocacy by groups like the Campaign for Safe Cosmetics. Since 2004, more than 1,000 companies have agreed to remove certain chemicals from personal care products and report more clearly what chemicals they are using.

Possibly as a consequence of these changes, the study found dramatic changes in exposures to the other two phthalates they measured (DEP and DiBP), neither of which has been subject to federal restrictions. Exposure to DEP fell 42 percent since 2001 and tripled for DiBP.

DEP was widely used in the consumer care products that were the main focus of the early activism. The researchers said industry may be using DiBP as a replacement, both in personal care products and in solvents, adhesives and medication.

But they said it is hard to know for sure how changes in industry preference and consumer behavior are affecting human exposures, given how little is known about the chemical composition of consumer products.

“Our study shows the power of monitoring exposures to chemicals so we can identify where we have made progress and where more information is needed,” said Tracey Woodruff, PhD, MPH, who directs the Program on Reproductive Health and the Environment at UCSF. “It also indicates that actions by government and consumer groups can make a difference in exposures in all Americans.”

Analysis for the study was conducted by CDC’s Division of Laboratory Sciences in the National Center for Environmental Health.

The research was funded by the Pew Charitable Trusts, the Passport Science Innovation Fund and the National Institute of Environmental Health Sciences.