Researchers have developed a new way to study bone disorders and bone growth, using stem cells from patients afflicted with a rare, genetic bone disease. The approach, based on Nobel-Prize winning techniques, could illuminate the illness, in which muscles and tendons progressively turn into bone, and addresses the similar destructive process that afflicts a growing number of veterans who have suffered blast injuries — including traumatic amputations or injuries to the brain and nervous system. This insidious hardening of tissues also grips some patients following joint replacement or severe bone injuries.

The disease model, described in a new study by a UC San Francisco-led team, involves taking skin cells from patients with the bone disease, reprogramming them in a lab dish to their embryonic state, and deriving stem cells from them. 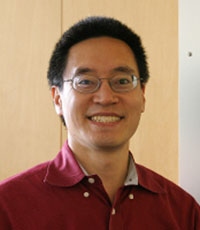 Once the team derived the stem cells, they identified a cellular mechanism that drives abnormal bone growth in the thus-far untreatable bone disease, called fibrodysplasiaossificans progressiva (FOP). Furthermore, they found that certain chemicals could slow abnormal bone growth in the stem cells, a discovery that might help guide future drug development.

Clinically, the genetic and trauma-caused conditions are very similar, with bone formation in muscle leading to pain and restricted movement, according to the leader of the new study, Edward Hsiao, MD, PhD, an endocrinologist who cares for patients with rare and unusual bone diseases at the UCSF Metabolic Bone Clinic in the Division of Endocrinology and Metabolism.

The human cell-based disease model is expected to lead to a better understanding of these disorders and other illnesses, Hsiao said.

“The new FOP model already has shed light on the disease process in FOP by showing that the mutated gene can affect different steps of bone formation,” Hsiao said. “These different stages represent potential targets for limiting or stopping the progression of the disease, and may also be useful for blocking abnormal bone formation in other conditions besides FOP. The human stem-cell lines we developed will be useful for identifying drugs that target the bone-formation process in humans."

The team’s development of, and experimentation with, the human stem-cell disease model for FOP, published in the December issue of the Orphanet Journal of Rare Diseases, is a realization of the promise of research using stem cells of the type known as induced pluripotent stem (iPS) cells, immortal cells of nearly limitless potential, derived not from embryos, but from adult tissues.

Shinya Yamanaka, MD, PhD, a UCSF professor of anatomy and a senior investigator with the UCSF-affiliated Gladstone Institutes, as well as the director of the Center for iPSCell Research and Application (CiRA) and a principal investigator at Kyoto University, shared the Nobel Prize in 2012 for discovering how to make iPS cells from skin cells using a handful of protein “factors.” These factors guide a reprogramming process that reverts the cells to an embryonic state, in which they have the potential to become virtually any type of cell.

Because injuries and surgeries can trigger rapid bone formation in FOP patients, obtaining tissue samples for extensive lab study is extremely difficult. Human iPS cells provide a unique solution by allowing the creation of the needed tissues in the lab.  Hsiao and colleagues carefully gathered skin samples from donors, and then grew the skin cells in culture before converting them into iPS cells using the methods created by Yamanaka.

In addition to providing an alternative to embryonic stem cells for potential use in regenerating diseased tissues, iPS cells are being used to learn more about diseases, especially diseases driven by mutated genes.

Unlike the skin cells from which they originated, the human iPS cells created from FOP patients show increased cartilage formation and increased bone mineralization, two critical steps that are necessary to form mature bone. Bone morphogenetic proteins (BMPs) play a central role in the bone formation within muscle. FOP results from a gene mutation that causes a defect in the receptor protein to which BMPs bind, thereby increasing bone formation.

“These cells will be a key tool for finding ways to stimulate and control human bone growth for regenerative medicine or bone repair,” Hsiao said. “The iPS cells may also help us identify treatments for more common diseases, such as atherosclerosis and vascular calcification, because the same bone morphogenetic protein pathways are involved in these medical conditions.”

The work was a joint effort between Hsiao’s lab group at UCSF; Bruce Conklin, MD, PhD, Hsiao’s former postdoctoral mentor at the UCSF-affiliated Gladstone Institutes; and a research team at Kyoto University, led by Makoto Ikeya, PhD,  and Junya Toguchida, MD, PhD. The research was supported by the National Institutes of Health, the California Institute for Regenerative Medicine, the March of Dimes, and the Ministry of Education, Culture, Sports, Science, and Technology of Japan.