A new UC San Francisco-led study of nearly 3,000 individuals links obesity to the development of kidney disease. The work also shows that, when properly measured, declines in kidney function are detectable long before the emergence of other obesity-related diseases such as diabetes and high blood pressure.

Healthy kidneys are vital to the proper functioning of the heart and brain, as well as the skeletal and immune systems, and the research adds additional urgency to the call for doctors to intervene early in life with obese patients, the researchers said. 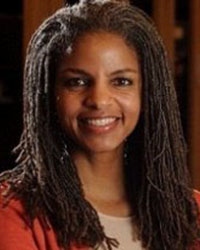 “We’re getting larger and larger at younger and younger ages, so the problems we will see that are directly related to obesity are going to become more common and they’re going to start earlier in life,” said Vanessa Grubbs, MD, UCSF assistant adjunct professor of medicine and first author of the new study. “Even before the level at which we can diagnose illnesses, decline in kidney function is happening. Is it reversible? We’re not sure. Preventable? It stands to reason that it would be.”

In the new study, published online in The American Journal of Kidney Diseases on Dec. 2, Grubbs and senior author Kirsten Bibbins-Domingo, PhD, MD, professor of medicine, led a team that analyzed 10 years’ worth of health data from CARDIA (Coronary Artery Risk Development in Young Adults), a national multi-center research project that has tracked the health of thousands of black and white young adults since its beginnings in 1985.

The 2,891 CARDIA participants included in the study were categorized according to four ranges of body mass index (BMI): normal weight, overweight, obese, and extremely obese. At the beginning of the time period studied, the patients averaged 35 years of age and all had kidney function in the normal range, though higher-BMI patients were at the lower end of that range. Kidney function diminished over time in all participants, but the decline was significantly greater and more rapid in heavier patients, and appeared to stem exclusively from BMI.

“When we accounted for diabetes, high blood pressure, and inflammatory processes, the body mass index was still a predictor of kidney function decline, so there was something unique about just being too large that in and of itself affected kidney function even before the onset of frank kidney disease,” said Grubbs, a scholar in the Robert Wood Johnson Foundation’s Harold Amos Faculty Development Program. “We’re not able to tease out the mechanisms for that just yet, but we’re hoping to look at it in a future study.” 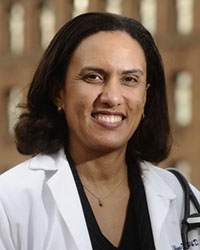 An advantage of the CARDIA dataset is that, in the tenth year of the study, CARDIA researchers began assessing kidney function by measuring blood levels of a protein known as cystatin C rather than by using the more common measure of creatinine levels. Cystatin C levels is a more sensitive marker of subtle changes in kidney function, even when they occur within what doctors consider to be the normal range.

“The fact that we were able to use this marker to see declines in kidney function long before patients would be deemed to have chronic kidney disease is good in that it may allow us to detect problems earlier and hopefully intervene sooner,” said Grubbs, who is affiliated with the Renal Center at UCSF-affiliated San Francisco General Hospital and Trauma Center (SFGH). Bibbins-Domingo, an alumna of Robert Wood Johnson’s Harold Amos program, directs The Center for Vulnerable Populations at SFGH.