Dreamforce Concert for the Kids 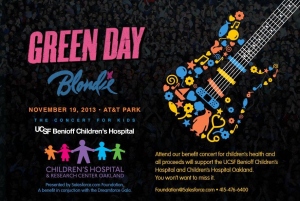 UC San Francisco physicians and scientists will explore and explain these cutting-edge approaches on Wednesday, Nov. 20, at Dreamforce 2013’s “Unusual Thinkers” track, which is open to the public with free registration. This year’s theme is how technology is revolutionizing research and the delivery of health care.

Dreamforce, which runs Nov. 18 to 21 at San Francisco’s Moscone Center, is being offered for the 11th consecutive year by Salesforce.com. The company’s founder, Marc Benioff, and his wife, Lynne, donated $100 million to help build a new children’s hospital at UCSF Medical Center at Mission Bay.

Nanotechnology and Pills: It's a Small, Small World 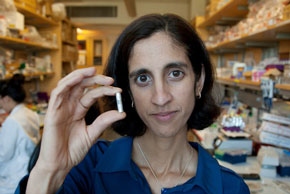 Tejal Desai, PhD, professor of bioengineering and therapeutic sciences in the School of Pharmacy, uses nanotechnology to create targeted drug delivery methods. She is collaborating with UCSF ophthalmologist Robert Bhisitkul, MD, to employ this technology to treat age-related macular degeneration (AMD), which is caused by a rupture in the epithelial layer between the blood vessels and the part of the eye responsible for sight.

A person living with AMD typically undergoes a monthly drug injection to improve eyesight, which is costly, a strain on the patient, and often leads to further infection and problems. Desai’s technology would target the drug directly to the area in need – leading to more cost-effective therapy and fewer treatments. 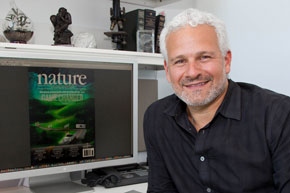 In his talk, Gazzaley will discuss the future of neurotherapeutics, which is driven by high tech rather than pharmacology.

Gazzaley led a widely publicized study that came up with a way to reverse some of aging’s negative effects on the brain. The findings, he said, are “a powerful example of how plastic the older brain is.”

The study, featured on the cover of the Sept. 5 issue of “Nature,” relied on a three-dimensional custom-designed video game called NeuroRacer that was used to assess cognitive abilities across a lifespan, to evaluate underlying neural mechanisms and to act as a tool for cognitive enhancement.

Health eHeart Study: Technology at the Intersection of Research and Patient Care 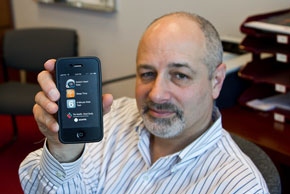 Jeffrey Olgin, MD, a professor of medicine and chief of the Division of Cardiology, leads the Health eHeart Study, which represents the first time a major cardiovascular study will use smartphones, social media and state-of-the-art sensor devices to collect data in a far more nimble fashion than ever before.

Apps, sensors and various devices will monitor everything from blood pressure and diet to wake/sleep cycles and moods, and provide a wealth of information about the behavior and activities of participants.

“People will be participating in something that’s pretty easy to do but will completely transform the way we treat heart disease,” Olgin said. “We want to identify ways to prevent and treat it faster.”

The highly ambitious study aims to enroll 1 million participants, mostly in the United States. Enrollment began in April and already has attracted more than 4,000 people – 10 times more than Olgin expected at this time. 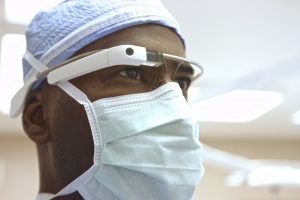 Pierre Theodore, MD, associate professor in medicine and the Van Auken Endowed Chair in Thoracic Oncology, explores the use of Google Glass in surgery and is exploring its potential applications in global medicine.

For centuries, he said, surgeons have used available technologies in an effort to cure disease. Recent advances in wearable technologies have launched an era of true point-of-care computing.

Theodore is the first surgeon to receive clearance for the use of Google Glass as an auxiliary surgical tool in the operating room, by a local Institutional Review Board (IRB), an independent ethical review board designated to approve, monitor and review biomedical research involving human subjects. He has initiated a trial in intraoperative projection of images into the visual field of the surgeon as an aid to care delivery.