Three UC San Francisco faculty members are among the 70 newly elected members of the Institute of Medicine (IOM), considered one of the highest honors in the health sciences.

The IOM serves as a national resource for independent, scientifically informed analyses and recommendations on issues related to human health.The new members were announced on Oct. 21 at the institute’s 43rd annual meeting in Washington, D.C.

The latest additions from UCSF – Jeffrey A. Bluestone, PhD; Molly Cooke, MD, FACP; and Matthew W. State, MD, PhD – bring the number of IOM members from this University to 89.

“Molly, Jeff and Matt represent our excellence in education, research and clinical care and science and demonstrate that leadership comes in many flavors,” said Sam Hawgood, MBBS, dean of the UCSF School of Medicine and vice chancellor of Medical Affairs at UCSF. “The Institute of Medicine will be enriched by their outstanding contributions.”

New IOM members are elected by current active members through a highly selective process that recognizes people who have made major contributions to the advancement of the medical sciences, health care and public health. At least a quarter of the membership is selected from outside the health professions from such fields as natural, social and behavioral sciences; law; engineering; and the humanities.

Established in 1970 by the National Academy of Sciences, the IOM is unique in its combined mission as both an honorific and advisory organization. With their election, members make a commitment to volunteer their service as members of IOM committees, boards and other activities.

More about the new members: 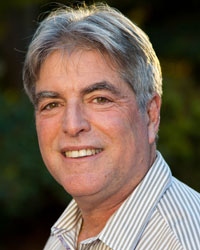 Jeffrey A. Bluestone is UCSF executive vice chancellor and holds the A.W. and Mary Margaret Clausen Distinguished Professorship in Metabolism and Endocrinology.

An international leader in the field of immunotherapy, primarily in diabetes, Bluestone’s research has helped clarify the body’s immune response on a molecular level and has catalyzed recent progress in stem cell research, islet cell transplantation and immune tolerance therapies – research that has formidably translated into drugs to treat human disease.

The former director of the UCSF Diabetes Center, Bluestone also founded and was the first director of the Immune Tolerance Network, a consortium of more than 1,000 of the world’s leading researchers from nearly 50 institutions, with the mission of testing new therapies to promote immune tolerance in transplantation, autoimmune diseases, asthma and allergic diseases.

He has authored more than 450 peer-reviewed publications and received numerous accolades for his work, including his 2006 election to the American Academy of Arts and Sciences, the Mary Tyler Moore and S. Robert Levine Excellence in Clinical Research Award from the Juvenile Diabetes Research Foundation, and the Weill Cornell Graduate School of Medical Sciences Distinguished Alumnus Award. 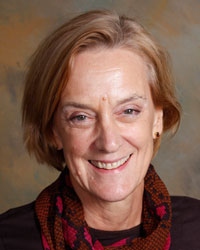 Molly Cooke, professor of medicine, is a general internist, medical educator and medical ethicist, and is director of education for Global Health Sciences at UCSF. She is also the current president of the American College of Physicians.

Cooke has explored ethical questions in urban public hospitals, particularly those associated with HIV. She has made important contributions to medical education and professional leadership by bringing to bear insights from the learning sciences, combining fields including cognitive psychology, anthropology and computer science.

In 2006, she was awarded the Alpha Omega Alpha Robert J. Glaser Distinguished Teacher Award by the Association of American Medical Colleges; in 2010, she received the National Award for Career Achievements in Medical Education from the Society of General Internal Medicine. As a Senior Scholar of The Carnegie Foundation for the Advancement of Teaching, she co-directed a national study of medical education. 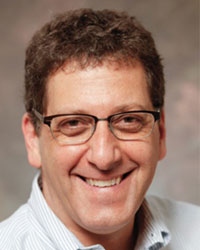 Matthew W. State, Oberndorf Family Distinguished Professor and chair of the Department of Psychiatry, is a leading child psychiatrist and an internationally recognized authority on the genetic bases of neurodevelopmental disorders, including autism and Tourette syndrome.

In 2005 his work on the identification of SLITRK1 as a risk gene for Tourette syndrome was listed among the top ten “Breakthroughs of the Year” in the journal Science. State has pioneered the use of whole-exome sequencing and other next-generation techniques to identify rare mutations associated with autism.

In 2012 he led a large, multi-center genomic study that provided strong evidence for multiple new autism genes. His lab is now determining precisely when during brain development, and in which specific brain regions, mutations in these genes act to increase the risk for autism, a critical step in the process of identifying new approaches to treatment. State was awarded the Ruane Prize for Outstanding Achievement in Child and Adolescent Psychiatric Research by the Brain and Behavior Research Foundation in 2012.