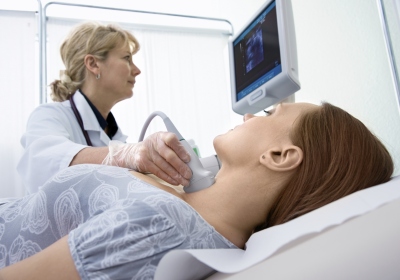 A team led by UC San Francisco researchers has called for simplified guidelines on when to biopsy thyroid nodules for cancer, which they say would result in fewer unnecessary biopsies.

Their recommendation, based on a retrospective study published online this week in JAMA Internal Medicine, is to biopsy patients only when imaging reveals a thyroid nodule with microcalcifications – tiny flecks of calcium – or one that is more than two centimeters in diameter and completely solid. Any other findings represent too low a risk to require biopsy or continued surveillance for cancer, the scientists concluded.

More than 98 percent of detected nodules in the study were benign, not malignant cancers.

“Compared with other existing guidelines, many of which are complicated to apply, following these simple, evidence-based guidelines would substantially decrease the number of unnecessary thyroid biopsies in the United States,” said lead author Rebecca Smith-Bindman, MD, a UCSF School of Medicine professor with the Department of Radiology and Biomedical Imaging and the Department of Epidemiology and Biostatistics. “Right now, we’re doing far too many thyroid biopsies in patients who are really at very low risk of having thyroid cancer,” she said.

The research team analyzed the medical records of 8,806 patients who underwent 11,618 thyroid ultrasound examinations at a UCSF inpatient or outpatient facility from January 2000 through March 2005. The patients did not have a diagnosis of thyroid cancer at the time of the ultrasound, but were referred to ultrasound for a variety of reasons, such as a physician’s suspicion that a patient had a nodule, an abnormal thyroid function test or a CT or MRI examination that revealed the presence of at least one nodule.

The researchers linked the patients with the California Cancer Registry and identified 105 who were diagnosed with thyroid cancer. The cancer patients were matched with a group of cancer-free control subjects from the same cohort, based on factors such as gender, age and the year of the ultrasound exam.

Six of the paper’s eight authors then reviewed those patients’ ultrasound images without knowing whether the image came from a cancer patient or a control, and characterized what the thyroid looked like based on 11 characteristics, including the presence and appearance of nodules, blood flow and calcifications.

The authors found that while 97 percent of the cancer patients had at least one nodule, 56 percent of patients without cancer had nodules as well. “Thus, it turns out that most patients have thyroid nodules,” said Smith-Bindman.

Ultimately, the researchers identified only three significant ultrasound imaging findings that indicated an increased chance of thyroid cancer: microcalcification, a nodule diameter greater than two centimeters and a nodule that was solid rather than cyst-like.

“If there’s a large solid nodule, or if there are any nodules with microcalcification, the likelihood of cancer increases by fivefold or tenfold, depending on the finding, and I would do a biopsy,” said Smith-Bindman. “If you have all three characteristics together, it’s almost certainly cancer. On the other hand, without these characteristics, you are at very low risk – less than one-half of 1 percent – and a biopsy is not necessary. Nor is continued surveillance.” 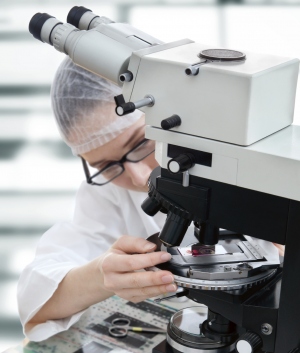 The time has come, she said, to “start doing diagnostic tests and procedures more selectively and prudently, as there are harms to doing unnecessary tests and procedures.” In medicine, she explained, “We tend to focus on the individual patient who is front of us. We never want to miss anything, and therefore we want to do everything to diagnose every possible abnormality. But it doesn’t help our patients to do biopsy and surveillance on a type of nodule that’s found in 56 percent of all normal people.”

Smith-Bindman noted that thyroid biopsies are uncomfortable and anxiety-producing for patients, and require them to take time off from other activities. “Plus, they are often inconclusive,” she said. “And that can lead us down the path of open surgical biopsy, which is hardly trivial, and quite risky in itself, even in patients without cancer.”

In an accompanying perspective, Rita Redberg, MD, a UCSF professor and editor-in-chief of JAMA Internal Medicine, described her own experience of thyroid cancer diagnosis and thyroidectomy as a young medical student.

The Surveillance, Epidemiology, and End Results (SEER) Program of the National Cancer Institute, estimates that 14,910 men and 45,310 women will be diagnosed with thyroid cancer in 2013 and that 1,850 men and women will die of it.

The study was supported by funds from the National Cancer Institute and a SEED grant from the UCSF Department of Radiology and Biomedical Engineering.