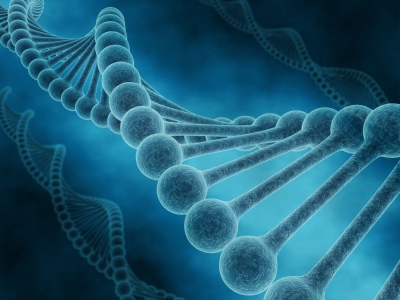 A large-scale, international study on the genes involved in epilepsy has uncovered 25 new mutations on nine key genes behind a devastating form of the disorder during childhood.

Among those were two genes never before associated with this form of epilepsy, one of which previously had been linked to autism and a rare neurological disorder, for which an effective therapy already has been developed.

The findings suggest a new direction for developing genome-wide diagnostic screens for newborns to identify who is at risk for epilepsy and potentially to develop precise therapies for the condition.

The findings appear in the Aug. 11 online issue of the journal Nature.

The results are the first to emerge from a set of epilepsy-genetics projects known as EPGP and Epi4K, which were launched by the National Institutes of Health in 2007 and 2012, respectively, and involve more than 40 institutions on three continents. While UC San Francisco and Duke University serve as the administrative hubs, the projects involve a team of nearly 150 scientists across 25 specialties, in the hopes of generating this type of advance on the intractable disease. 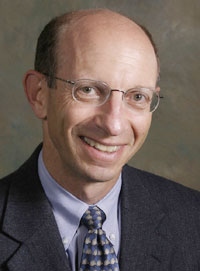 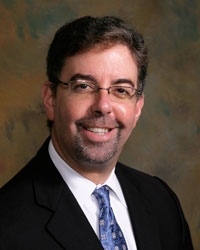 “The limitations of what we currently can do for epilepsy patients are completely overwhelming,” said Daniel Lowenstein, MD, a UCSF neuroscientist and renowned epilepsy expert who, along with Ruben Kuzniecky, MD, from New York University, is overseeing the Epilepsy Phenome/Genome Project (EPGP). “More than a third of our patients are not treatable with any medication, so the idea of finding specific drug targets, instead of a drug that just bathes the brain and may cause problems with normal brain function, is very appealing.”

The global team started with the most severe forms of the disorder, known as epileptic encephalopathies (EE), which affect roughly one in 2,000 children, often before their first birthdays. Many of these children also experience other severe disabilities, including autism or cognitive dysfunction. Whether the epilepsy contributes to those, or vice versa, is being addressed in a parallel study.

“We knew there was something happening that was unique to these kids, but we had no idea what that was,” said Elliott Sherr, MD, PhD, a pediatric neurologist at UCSF Benioff Children's Hospital who is the principal investigator of the Epi4K Epileptic Encephalopathy project and who developed this group of patients within EPGP. “In a common disease like cystic fibrosis, you’re likely to see more than one child in a family affected. In this case, it is very rare to have more than one person in the entire family with this condition.”

That lack of clear, inherited links to the disease led them to propose that the condition was being caused by de novo, or brand new, mutations on certain genes.

They set out to test that hypothesis.

The team identified children with two classic forms of EE – infantile spasms and Lennox-Gastaut Syndrome – in which no other family member was affected. They excluded children who had identifiable causes of epilepsy, such as strokes at birth, which are a known risk for this group of disorders. Of the 4,000 patients whose genomes are being analyzed in the Epi4K, 264 children fit that description.

This MRI scan of a 15-year-old girl with

the damage caused by a seizure.

The Epi4K sequencing team, led by David Goldstein, PhD, at Duke, ran a genetic scan on the children and their parents, which they compared to thousands of people of similar heritage without epilepsy. They used a cutting-edge new technique called exome sequencing to focus on the exome – the 2 percent of our genetic code that represents active, protein-making genes. Those 25,000 genes are considered to be the code for what makes us unique, including disease mutations.

The genetic analysis revealed 439 new mutations in the children, with 181 of the children having at least one. Nine of the genes that hosted those mutations appeared in at least two children with EE and five of those had shown up in previous, smaller EE studies. Of the four others, two may have been coincidental, the researchers found. But two new genes never before associated with EE – known scientifically as GABRB3 and ALG13 – each appeared with less than a one-in-40-billion statistical chance (p = 4.1x10-10) of being connected to EE by coincidence.

The findings implicated GABRB3, for the first time, as a single-gene cause of EE, and offered the strongest evidence to date for the gene’s role in any form of epilepsy, Sherr said. Knowing this about GABRB3, which is also involved with Angelman’s Syndrome, also offers the possibility that children with mutations only in this gene might benefit from the existing therapy for Angelman’s.

Another new gene, ALG13, is key to putting sugars on proteins, which points to a new way of thinking about the causes of and treatment for epilepsy.

‘The take-home is that a lot of these kids have genetic changes that are unique to them,” Sherr said. “Most of these genes have been implicated in these or other epilepsies – others were genes that have never been seen before – but many of the kids have one of these smoking guns.”

Lowenstein said that in a disease this uncommon, that level of scientific accuracy could never have been achieved without a team of this size, which includes experts in pediatric neurology, molecular genetics, engineering, information technology and public health policy. The number of medical centers involved also enabled EPGP to identify enough patients to uncover real patterns in the data.

The advance in understanding severe epilepsies stemmed from two global collaborations launched by the National Institutes of Health and comprising more than 200 scientists and staff, 40 clinical and research institutions in North and South America, Australia, and the United Kingdom.

They did so in 11 months, from the time they conceived of the project to the submission of the paper in Nature, Lowenstein said. That’s unheard of in a clinical research project of this size and scale, which could easily take three years in an individual lab, if it were possible at all, he said.

As such, it is a perfect example of how large-scale data, collected across a broad team of both clinical and basic scientists, is uniquely able to identify the sources of intractable diseases. That notion is the core of the new field of precision medicine, which UCSF is working to advance.

In a disease for which there currently are no medications available that target the molecular cause of the disorder, the team effort and first results are both tremendous steps in science, Lowenstein said The new knowledge could be used immediately to create an expanded diagnostic test for infants, to see whether they have any of these mutations, and to identify potential therapies for them. New treatments, though, are much farther off.

“This is a great start, but there is much left to do,” Lowenstein said. “One of the most fascinating and promising findings in this study is that many of the gene mutations affect molecules that are involved in a relatively limited number of cellular pathways.  This suggests that it may be sufficient to target therapies at a limited set of pathways rather than every mutated protein in every patient.”

A full list of partnering organizations and EPGP/Epi4K researchers is available in the paper, which can be found at www.nature.com. The research was funded by grants from the National Institute of Neurological Disorders and Stroke (NS053998, NS077364, NS077274, NS077303, NS077276), Finding a Cure for Epilepsy and Seizures, and the Richard Thalheimer Philanthropic Fund.