Pension issues are at the heart of the contract negotiations stalemate between the University of California and the union representing its health care workers, a top UC health system leader explains in an opinion piece published today. 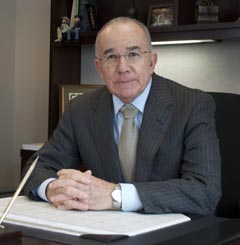 However, there’s been no evidence of the purported unsafe staffing levels, Stobo says, noting that the system actually has increased staffing of AFSCME-represented patient-care technical staff by 13 percent over the past five years. He also points to recent U.S. News & World Report rankings that show all five UC medical centers were nationally ranked this year, including UCSF Medical Center at No. 7.

In the op-ed, Stobo refocuses the debate back on the financial dispute: UC wants AFSCME-represented employees to contribute to the pension plan at the same rate as non-represented faculty and staff, as well employees in eight other unions, but AFSCME is proposing a lower contribution rate.