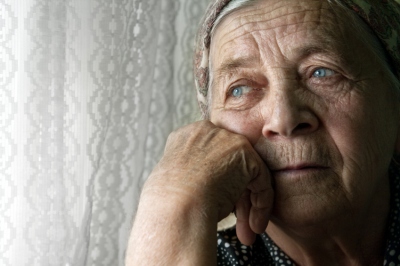 The first symptoms of major depression may be behavioral, but the common mental illness is based in biology — and not limited to the brain.

In recent years, some studies have linked major, long-term depression with life-threatening chronic disease and with earlier death, even after lifestyle risk factors have been taken into account.

Now a research team led by Owen Wolkowitz, MD, professor of psychiatry at UC San Francisco, has found that within cells of the immune system, activity of an enzyme called telomerase is greater, on average, in untreated individuals with major depression. The preliminary findings from his latest, ongoing study was reported Wednesday at the annual meeting of the American Psychiatric Association in San Francisco.

Telomerase is an enzyme that lengthens protective end caps on the chromosomes’ DNA, called telomeres. Shortened telomeres have been associated with earlier death and with chronic diseases in population studies.

The heightened telomerase activity in untreated major depression might represent the body’s attempt to fight back against the progression of disease, in order to prevent biological damage in long-depressed individuals, Wolkowitz said.

The researchers made another discovery that may suggest a protective role for telomerase. Using magnetic resonance imaging (MRI), they found that, in untreated, depressed study participants, the size of the hippocampus, a brain structure that is critical for learning and memory, was associated with the amount of telomerase activity measured in the white blood cells. Such an association at a single point in time cannot be used to conclude that there is a cause-and-effect relationship with telomerase helping to protect the hippocampus, but it is plausible, Wolkowitz said. 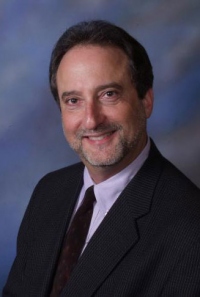 Remarkably, the researchers also found that the enzyme’s activity went up when some patients began taking an antidepressant. In fact, depressed participants with lower telomerase activity at baseline — as well as those in whom enzyme activity increased the most with treatment — were the most likely to become less depressed with treatment.

“Our results are consistent with the beneficial effect of telomerase when it is boosted in animal studies, where it has been associated with the growth of new nerve cells in the hippocampus and with antidepressant-like effects, evidenced by increased exploratory behavior,” Wolkowitz said. He cautions that his new findings are preliminary due to the small size of the study and must be confirmed through further research.

“The longer people had been depressed, the shorter their telomeres were,” he said. “Shortened telomere length has been previously demonstrated in major depression in most, but not all, studies that have examined it. The duration of depression may be a critical factor.”

The 20 depressed participants enrolled in the study had been untreated for at least six weeks and had an average lifetime duration of depression of about 13 years. After baseline evaluation and laboratory measures, 16 of the depressed participants were treated with sertraline, a member of the most popular class of antidepressants, the serotonin-selective-reuptake-inhibitors (SSRIs), and then evaluated again after eight weeks. There were 20 healthy participants who served as controls.

Telomeres as a Measure of Health and Aging

Listen to a 2009 podcast with UCSF clinical psychologist Elissa Epel, PhD, who explains the biological effects of stress.

The ongoing study still is accepting depressed participants who are not now taking antidepressants.

“New insights into the mechanisms of these processes may well lead to new treatments — both pharmacological and behavioral — that will be distinctly different from the current generation of drugs prescribed to treat depression,” he said. “Additional studies might lead to simple blood tests that can measure accelerated immune-cell aging."

Wolkowitz’s research is funded by the National Institutes of Health. He is on the scientific advisory board of Telome Health Inc., a private biotechnology company.