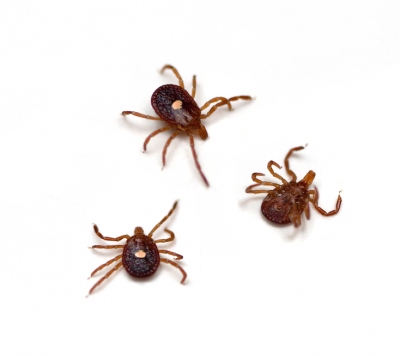 The tick-borne Lone Star virus has been conclusively identified as part of a family of other tick-borne viruses called bunyaviruses, which often cause fever, respiratory problems and bleeding, according to new research led by scientists at UC San Francisco.

What made the work especially promising, said principal investigator Charles Chiu, MD, PhD, was the speed at which the virus was definitively identified. The team used a new approach to gene sequencing that enabled them to completely reconstruct the virus’ previously unknown genome in less than 24 hours – significantly faster than conventional sequencing techniques, which can take days to weeks.

The technique, called ultra-rapid deep sequencing, combines deep sequencing – an emerging technology that reconstructs an entire DNA sequence from a tiny snippet of DNA –  with advanced computational techniques and algorithms developed in the laboratories of Chiu and his research collaborators.

Chiu, an assistant professor of laboratory medicine at UCSF and director of the UCSF-Abbott Viral Diagnostics and Discovery Center, reported the results in a paper published in PloS ONE on April 29.

The team found that the Lone Star virus, which is carried by the Lone Star tick, Amblyomma americanum, is related to a group of human pathogens including Severe Fever with Thrombocytopenia Syndrome Virus, which infected hundreds of farmers in China between 2008 and 2010; Bhanja virus, initially found in India; Palma virus, found in Portugal; and Heartland virus, an illness recently reported among farmers in Missouri. 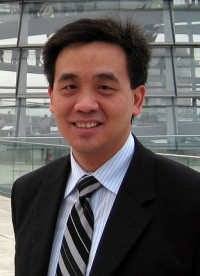 “We did not show that Lone Star virus causes disease in humans,” Chiu cautioned, “although the laboratory and sequencing data suggest that this is a distinct possibility.”

He said the work may prove to be significant in light of the fact that nearly all emerging diseases discovered over the past two decades have originated in animals. While the causes of many human infectious diseases have been “pretty well characterized,” he said, researchers have “only touched the tip of the iceberg” with respect to pathogens that have the potential to pass from animals to humans.

Chiu pointed to a number of serious and unexpected animal-to-human disease transmissions over the last 10 years, including SARS in 2003, the H1N1 influenza in 2009, and the current outbreak of H7N9 avian influenza, which already has resulted in more than 20 deaths in China.

“Nature is continually throwing us curveballs,” Chiu said. “We will likely always be faced with the threat of novel outbreak viruses originating in animals or insects. It will be extremely important to identify and characterize those viruses as quickly as possible – to get a head start on the development of diagnostic assays for surveillance and drugs, or vaccines for treatment – before they have a chance to really spread.”

In such circumstances, ultra-rapid deep sequencing will be “extremely useful,” he said. “By the time SARS was identified and sequenced using conventional methods, more than a week of time had been lost. That kind of delay could be quite risky in a virus that spreads rapidly in human populations.”

Chiu and his team plan to introduce a graphical user interface that will allow small laboratories to analyze and access ultra-rapid, deep-sequencing data through cloud computing over the Internet, even though they do not have access to advanced computers.

“This will mean that any remote laboratory in Asia or Africa – where a lot of these recent outbreaks have occurred – will be able to use a portable, field-ready benchtop sequencer hooked up to a smartphone or laptop with an Internet connection, to obtain a complete genetic sequence of a novel pathogen within hours,” said Chiu. “Our hope is that these efforts will democratize the surveillance and investigation of infectious diseases.”

The first author of the study is Andrea Swei, PhD, of San Francisco State University. Other co-authors include Brandy J. Russell of the Centers for Disease Control and Prevention (CDC); Samia N. Naccache, PhD, Beniwende Kabre and Narayanan Veeraraghavan, PhD, of UCSF; and Mark A. Pilgard and Barbara J.B. Johnson, PhD, of the CDC.

The study was supported by funds from the National Institutes of Health (R56-AI089532 and RO1-HL105704), an Abbott Viral Discovery Award, the QB3 Swartz Foundation Lyme Disease Grant, the National Research Fund for Tick-borne Diseases, a UCSF Microbial Pathogenesis training grant and the CDC.