A new UC San Francisco study has found a clear association between certain genes and the development of lymphedema, a painful and chronic condition that often occurs after breast cancer surgery and some other cancer treatments.

The researchers also learned that the risks of developing lymphedema increased significantly for women who had more advanced breast cancer at the time of diagnosis, more lymph nodes removed or a significantly higher body mass index. 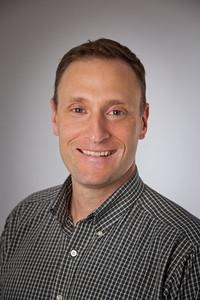 The study, which involved some 400 women who were tracked over four to five years, will be published online on April 16 in PLOS ONE.

“The genetic markers found in our study make perfect sense,” said senior author Bradley Aouizerat, PhD, a professor at the UCSF School of Nursing in the department of physiological nursing. “These genes are ‘turned on’ later in the development of our lymph system and blood vessels. They appear to play a role in the ability of our lymphatic system to function on an ongoing basis. It is possible in some individuals who have changes in these genes, that lymphedema could develop after an injury like breast cancer surgery because these genes do not function properly.” 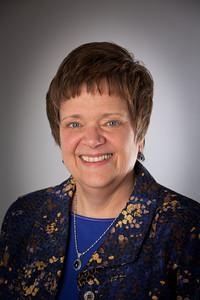 Lymphedema is a swelling or buildup of fluid in the lymphatic tissues, typically in the arms and fingers but also commonly in the patient’s legs and trunk. It can occur after treatment for any form of cancer that affects lymph node drainage. The exact prevalence is unknown, and the onset of the condition can greatly vary, but as many as 56 percent of women who undergo breast cancer surgery develop lymphedema within two years, according to the National Cancer Institute. More than a half-million breast cancer survivors in the United States are estimated to be afflicted with the condition.

Lymphedema can be debilitating, causing scarring, discomfort, disfigurement, difficulty in exercising, walking or other daily activities. Some patients are unable to wear their usual clothing or jewelry because of the increased weight and size of their affected limbs. There’s no cure for the condition – treatment generally centers on controlling pain and reducing swelling.

To date, much of the research on lymphedema focused on identifying which women were at greater risk for the development of the condition, and relied only on patient self-reporting or on data from their medical charts.

In the new study, the authors hypothesized that genomic determinants were behind some of the variations in the occurrence of lymphedema as well as the time of onset of the condition.

The study involved 410 women who were at least six months post-treatment for breast cancer surgery on one breast, and either had lymphedema in their upper extremity or did not have the condition.

The women were assessed at the Clinical Research Center at the UCSF Medical Center at Mt. Zion, one of eight clinical sites in the Bay Area managed by UCSF’s Clinical and Translational Science Institute.

As part of the research, the women underwent spectroscopy measurements of their arms, and genomic DNA was extracted. Genotyping was performed blinded to the women’s lymphedema status.

The researchers found that women with lymphedema had:

“These findings suggest that complex interactions may exist between a variety of patient characteristics and genetic markers that place some women at higher risk for the development of lymphedema,’’ said lead author Christine Miaskowski, RN, PhD, a professor at the UCSF School of Nursing in the department of physiological nursing. “Our hope is that once our findings are confirmed in a future study, we will be able to identify women at higher risk for lymphedema prior to breast cancer surgery, and initiate measures to prevent the development of this devastating condition.”

The study was funded by grants from the National Cancer Institute (CA107091 and CA118658) and the American Cancer Society.