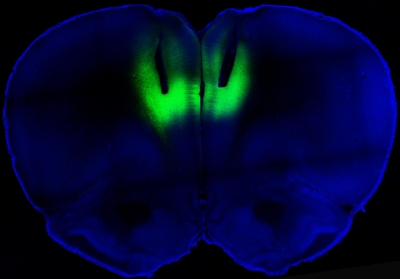 behavior in rats. Image by B.Chen/NIDA

By stimulating one part of the brain with laser light, researchers at the National Institutes of Health (NIH) and the Ernest Gallo Clinic and Research Center at UC San Francisco (UCSF) have shown that they can wipe away addictive behavior in rats – or conversely turn non-addicted rats into compulsive cocaine seekers.

“When we turn on a laser light in the prelimbic region of the prefrontal cortex, the compulsive cocaine seeking is gone,” said Antonello Bonci, MD, scientific director of the intramural research program at the NIH’s National Institute on Drug Abuse (NIDA), where the work was done. Bonci is also an adjunct professor of neurology at UCSF and an adjunct professor at Johns Hopkins University.

Described this week in the journal Nature, the new study demonstrates the central role the prefrontal cortex plays in compulsive cocaine addiction. It also suggests a new therapy that could be tested immediately in humans, said Billy Chen of NIDA, the lead author of the study.

Any new human therapy would not be based on using lasers, but would most likely rely on electromagnetic stimulation outside the scalp, in particular a technique called transcranial magnetic stimulation (TMS). Clinical trials are now being designed to test whether this approach works, Chen added.

The High Cost of Cocaine Abuse

Cocaine abuse is a major public health problem in the United States today, and it places a heavy toll on society in terms of lost job productivity, lost earnings, cocaine-related crime, incarcerations, investigations, and treatment and prevention programs. 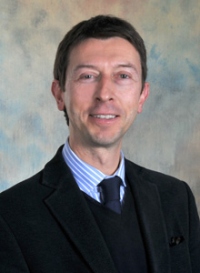 The human toll is even greater, with an estimated 1.4 million Americans addicted to the drug. It is frequently the cause of emergency room visits – 482,188 in 2008 alone – and it is a top cause of heart attacks and strokes for people under 35.

One of the hallmarks of cocaine addiction is compulsive drug taking – the loss of ability to refrain from taking the drug even if it’s destroying one’s life.

What makes the new work so promising, said Bonci, is that Chen and his colleagues were working with an animal model that mimics this sort of compulsive cocaine addiction. The animals, like human addicts, are more likely to make bad decisions and take cocaine even when they are conditioned to expect self-harm associated with it.

Electrophysiological studies involving these rats have shown that they have extremely low activity in the prefrontal cortex – a brain region fundamental for impulse control, decision making and behavioral flexibility. Similar studies that imaged the brains of humans have shown the same pattern of low activity in this region in people who are compulsively addicted to cocaine.

Altering Brain Activity with a Laser

To test whether altering the activity in this brain region could impact addiction, Chen and his colleagues employed a technique called optogenetics to shut the activity on and off using a laser.

First they took light-sensitive proteins called rhodopsins and used genetic engineering to insert them into neurons in the rat’s prefrontal cortex. Activating this region with a laser tuned to the rhodopsins turned the nerve cells on and off.

Turning on these cells wiped out the compulsive behavior, while switching them off turned the non-addicted ones into addicted, researchers found.

What’s exciting, said Bonci, is that there is a way to induce a similar activation of the prelimbic cortex in people through a technique called transcranial magnetic stimulation (TMS), which applies an external electromagnetic field to the brain and has been used as a treatment for symptoms of depression.

Bonci and his colleagues plan to begin clinical trials at NIH in which they will use this technique a few sessions a week to stimulate the prefrontal cortex in people who are addicted to cocaine and see if they can restore activity to that part of the brain and help them avoid taking the drug.

In addition to UCSF, the authors of this study are affiliated with the National Institute on Drug Abuse, the Ernest Gallo Clinic and Research Center and the Solomon H. Snyder Neuroscience Institute, Johns Hopkins School of Medicine.

This work was funded by the National Institute on Drug Abuse.