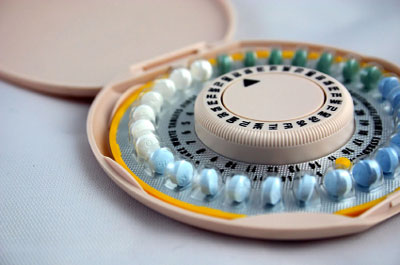 Parents are more accepting of their teenage daughters using birth control pills than any other form of contraception, including condoms, according to a recent study from UC San Francisco (UCSF).

The most effective contraceptive methods, the implant – a matchstick-sized rod that is inserted in the arm to prevent pregnancy – and the intrauterine device (IUD), were acceptable to a minority of parents.

Published in the February issue of the Journal of Adolescent Health, the study examined parental acceptability of different contraceptives and explored factors that influence their attitudes.

A random sample of 261 parents/guardians with a daughter aged 12 to 17 was recruited from a clinical database from San Francisco General Hospital and Trauma Center and five Kaiser Northern California clinics where their daughters were patients.

The survey took into account the parents’ perceptions of: their daughters’ likelihood to have sex, their parenting beliefs, their own sexual health as teens, and their knowledge of sexually transmitted infections. The researchers then examined the influence of these factors on the parents’ acceptability of seven contraceptive methods. Parents were asked the question, “If your teen's doctor found out your daughter was having sex, is it acceptable or unacceptable to you for the doctor to provide the following methods to your teen confidentially?”

“Considering the fact that condoms are our only method that protects these teenagers from sexually transmitted infections and pregnancy, and because the condom seems less invasive than other forms of contraception, we were surprised they weren’t accepted by a larger percentage,” said Lauren Hartman, MD, a clinical fellow in the UCSF Department of Pediatrics and lead author of the study.

Despite being the "first-line recommendation" for teenagers by the American College of Obstetricians and Gynecologists, the IUD remains less appealing to parents. The IUD is implanted in the uterus and releases small amounts of either copper or progesterone to prevent pregnancy. 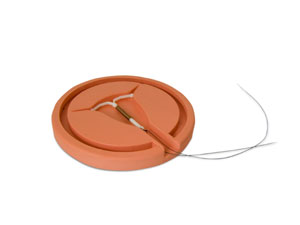 “IUD acceptance is pretty congruent with what we see in our clinics,” said Hartman. “They are safe and almost 100 percent effective at preventing pregnancy, so you would think it’s an obvious method for people. But there are a lot of myths that they cause infection and infertility that remain from the old IUDs of the 1970s which may be influencing parents’ perceptions.”

The study begins to address the need to engage parents and consider the factors that influence parental acceptability of contraceptives offered to their adolescent children. The only predictor of acceptability across all methods was parental recognition of their teen's autonomy. “Clinicians can play an important role in supporting adolescents’ transition into adulthood, which involves supporting them in taking greater responsibility in making decisions about their own health,” said Hartman.

“Confidential time between the adolescent and clinician supports this transition as well as ensures that adolescents have access to needed services. Parents are also integral to their adolescents’ health and their support of their teen's access to confidential health services is an important part of the health partnership,” she said.

Funding for this study was provided by the National Institute of Child Health and Human Development. Hartman and Shafer were also supported in part by the Leadership in Adolescent Health interdisciplinary training grant from the Maternal and Child Health Bureau.