What makes a good mentor?

Previous studies have shown the professional benefits of cultivating a strong mentoring relationship, but a recent study co-led by UCSF researchers delved further to analyze the attributes that make a successful mentor-mentee pairing. 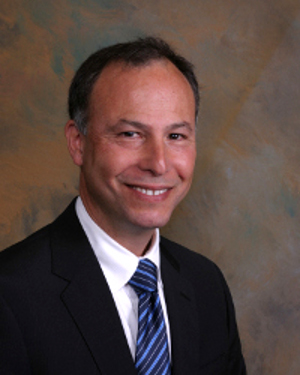 “We know from previous research that robust mentorship helps people with their career development and career satisfaction, supports faculty retention and contributes to academic productivity,” said Mitchell D. Feldman, MD, MPhil, a UCSF professor of medicine and senior author of the study, published in the January 2013 issue of Academic Medicine.

“But there is a lot we still don’t know, especially if we want to provide institutional support for mentoring. What do we mean by the word ‘mentor’? What are the competencies of a good mentor? How do we measure and teach these things? That was our thinking behind this paper,” he explained.

Feldman, associate vice provost of faculty mentoring, founded the UCSF Chancellor’s Council on Faculty Life Faculty Mentoring Program in 2006 and currently serves as its director. Since 2007, he has also been co-director of the Mentor Development Program at the UCSF Clinical and Translational Science Institute.

In the study, Feldman and his co-authors – Sharon E. Straus, MD, of the University of Toronto, Mallory O. Johnson, PhD, of UCSF and Christine Marquez of the Li Ka Shing Knowledge Institute at St. Michael’s Hospital in Toronto – conducted open-ended interviews with 54 faculty members at the UCSF School of Medicine and the University of Toronto Faculty of Medicine. Interviewees were asked about their experiences as both mentors and mentees. Analysis of the conversations yielded five major characteristics of successful mentoring relationships:

The UCSF Faculty Mentoring Program was launched in 2006, with the goals of supporting the recruitment and retention of the highest quality faculty, increasing faculty diversity through improved mentoring of under-represented faculty and improving faculty career satisfaction and success.

The program has been a success, according to the 2011 UCSF Faculty Climate Survey, which found that:

Conversely, some major characteristics of unsuccessful mentoring relationships are poor communication, lack of expertise on the part of the mentor, poor time management on the part of the mentee – often combined with passivity – and inadequate time commitment, especially by the mentor. “Lack of time and attention are hardly intentional,” said Feldman. “In academic institutions, we’re all incredibly busy, and some people simply overcommit.”

“One natural and understandable mistake that some mentors make is seeing their primary role as giving advice and guidance – and so they advise too much and listen too little,” he noted. “Listening is not an easy skill; it takes training and practice.”

Expertise is another trait shared by successful mentors, according to Feldman. “Mentors need to know their stuff – both in terms of content and methodologically. If they are doing career mentoring, they need the right institutional experience and savvy in order to provide good guidance.”

Successful mentors also advocate for their mentees within the institution, helping with networking and putting their mentees up for awards and honors, said Feldman. “They also act as protectors, providing a safe place to discuss sensitive career issues and even, when appropriate, speaking on behalf of their mentee with a supervisor or department chair.”

Finally, successful mentors empathize with their mentees. “Empathy isn’t sympathy,” Feldman explained. “It’s my communicating to you that I understand what you’re saying or what your experience is. And for a junior clinician or researcher, that can feel really good.”

In his future research, Feldman plans to investigate the outcomes of training and development programs for mentors.

“Once we train mentors, are they actually more effective? Are their mentees happier and more productive? There actually hasn’t been work yet that has investigated these questions.”