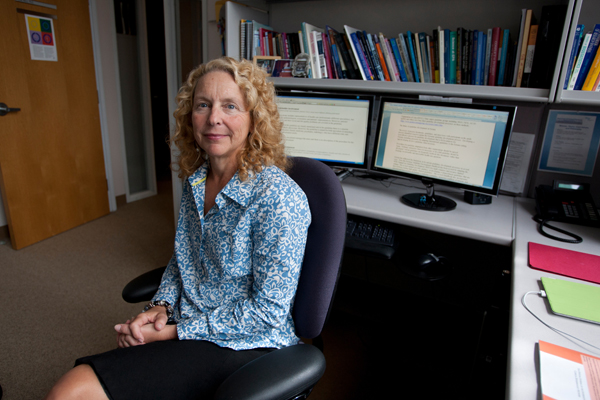 Drugs and medical devices tend to appear more beneficial in scientific papers if they were manufactured by the company that sponsored the study, showing that who pays for the clinical trial has a direct impact on the reported outcome, according to a new analysis by researchers at UCSF and the Cochrane Collaboration.

Lisa Bero, PhD, a UCSF professor of clinical pharmacy and health policy who heads the San Francisco branch of the U.S. Cochrane Centre, at UCSF; and Joel Lexchin, MD, a professor of health policy at York University, in Toronto. A definitive analysis in 2003 by Bero and Lexchin found discrepancies across drug studies sponsored by pharmaceutical companies.

Download or listen to a podcast by Cochrane Methodology Reviews in which Bero and Lundh describe their study looking at how industry sponsorship influences the outcomes of clinical trials and outline their views on its implications.

Clinical studies on drugs and medical devices are routinely used by physicians worldwide to assess which medications are most effective and appropriate for their patients. However, that research is increasingly sponsored by the pharmaceutical or device companies that make these products, either because the companies directly perform the studies or fund them. The team set out to assess whether that sponsorship continues to have an impact on results.

“We found that papers reporting the results of industry-sponsored studies present a more favorable picture of the effects of drugs and medical devices than those reporting on studies that were not sponsored by industry,” said Andreas Lundh, of the Nordic Cochrane Centre at the Rigshospitalet in Copenhagen, Denmark, who led the new research and is first author on the paper.

“Of a particular interest was our finding that when two drugs were compared head-to-head in an industry-sponsored study, the drug that came out most favorable in a specific study was most often the drug manufactured by the sponsor of that study,” Lundh said.

A Call To Action With Clinical Trials

The current analysis more than doubled the number of studies from the 2003 review, to a total of 48, and included papers on both drugs and medical devices for conditions ranging from heart disease to psychiatric illnesses. The number of favorable results was 24 percent higher in industry-sponsored studies, compared to non-industry sponsored ones, and included reports of both greater benefits from the drug or medical device and fewer harmful side effects. The team also found that industry-funded papers were more likely to report conclusions that were inconsistent with the papers’ results sections.

“This is really important because it means that people must take sponsorship into account when evaluating whether they should believe the results of a study. This is still rarely done,” said Bero, who is in the UCSF School of Pharmacy. “A fundamental question now is that when a systematic review is entirely based on industry-sponsored studies and finds a favorable result for the sponsor’s product, can we really trust it?”

Bero said the results are a call to action on several levels. First, anyone who is making choices about health care based on clinical trial research papers needs to know whether the studies were sponsored by industry. Clinical practice guidelines, which are increasingly based on systematic reviews, also should be made more transparent in reporting industry sponsorship. Better yet, she said, the scientific community and government funding agencies should work toward eliminating clinical research funding altogether by industry.

The reviewers identified relevant papers that had been published across a wide timeframe and were publically available on MEDLINE (1948 to September 2010), EMBASE (1980 to 2010) the Cochrane Methodology Register and the Web of Science. They also assessed papers from reference lists in the included papers, previous systematic reviews and author files.

The article, “Industry sponsorship and research outcome,” is published in the Dec. 12, 2012, issue of the Cochrane Database of Systematic Reviews, which is considered the international benchmark for high-quality information about the effectiveness of healthcare. The paper can be found online here.

Co-authors on the paper include Sergio Sismondo and Octavian A. Busuioc, from the Department of Philosophy, Queen’s University, Kingston, Canada; and Joel Lexchin, from the School of Health Policy and Management, York University, Toronto, Canada. Further information on the Cochrane Collaboration can be found here.

The authors report no conflicts of interest in this research or paper.