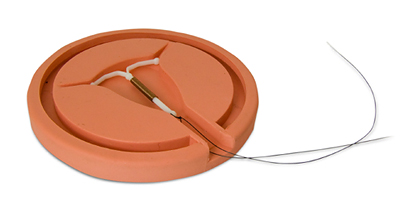 The risk of developing pelvic inflammatory disease (PID) following insertion of an intrauterine device (IUD) is very low, whether or not women have been screened beforehand for gonorrhea and chlamydia, according to a joint study of nearly 60,000 women by researchers at the University of California, San Francisco (UCSF), and Kaiser Permanente Northern California Division of Research.

The study appears this week in the current online issue of Obstetrics & Gynecology, the official journal of the American College of Obstetricians and Gynecologists, also known as Green Journal.

The findings correct long-standing misperceptions that IUDs cause PID. Also, by evaluating the relationship between the timing of testing for gonorrhea and chlamydia (GC/CT) and the risk of developing PID within 90 days after IUD insertion, the study fills a large gap in the evidence base for the optimal timing and necessity of testing women who have no symptoms of gonorrhea and chlamydia.

Because gonorrhea or chlamydia infection is a risk factor for PID in any woman, there is a concern that inserting an IUD in someone who has an asymptomatic infection could increase that risk of PID. This study shows that protocols that test on the same day as IUD insertion, and then promptly treat women who test positive, do not increase the risk of developing PID compared to women who were screened ahead of time or not at all. 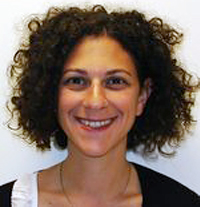 “This study affirms that there is a low risk of pelvic inflammatory disease after IUD insertion, which has the potential to reduce barriers to IUD access, such as making women have a separate screening visit before the IUD insertion,” said lead author Carolyn B. Sufrin, MD, MA, of UCSF’s Bixby Center for Global Reproductive Health.

“In addition, it provides evidence to support [Centers for Disease Control and Prevention] screening guidelines for gonorrhea and chlamydia in women receiving IUDs. If testing is indicated, our results suggest that it is safe to do so on the day of IUD insertion, with prompt treatment of positive results,” said Debbie Postlethwaite, RNP, MPH with the Kaiser Permanente Division of Research in Oakland, Calif.

One of Safest Methods of Contraception

The researchers explained that the most accurate time to clinically assess and screen for cervical infection is on the day of IUD insertion. They also emphasized that a woman’s risk status does not depend on her method of contraception, or when she is screened, but rather on sexual behaviors. Women with high-risk sexual behaviors continue to be at increased risk of GC/CT acquisition even after IUD placement, they said.

“IUDs are among the safest, most effective methods of contraception and provide benefits in managing vaginal bleeding, chronic pelvic pain and a condition called endometriosis, which occurs when cells from the lining of the uterus grow in other areas of the body. Whereas the risk of pregnancy is 9 percent annually with pills, patches and rings, IUDs allow women almost complete control in planning their pregnancies,” explained the researchers.

Nonetheless, the use of IUDs for contraception is extremely low in the U.S., particularly in comparison with other countries. The reluctance dates to the 1970s, when the poor design of the Dalkon Shield IUD caused bacterial infection and led to thousands of lawsuits. Although the Dalkon Shield was removed from the market, it had a lasting negative impact on IUD use in the U.S. This lingering fear of PID leads many providers to require a recent negative gonorrhea and chlamydia test before inserting an IUD, creating the need for multiple patient visits.

The study cohort of 57,728 women between the ages of 14 and 49 years had either a levonorgestrel intrauterine system or copper-T IUD inserted for contraceptive or non-contraceptive use at Kaiser Permanente Northern California (KPNC) between Jan. 1, 2005, and Aug. 31, 2009. A major strength of the study is the large number of demographically diverse subjects in an integrated healthcare delivery system with widespread use of IUDs. KPNC’s integrated pharmacy, laboratory and medical visit databases, and electronic medical records system were accessed for all study data.

Although the risk of PID in IUD users is highest in the first 20 days after insertion, 90 days after insertion was chosen as the benchmark in order to be conservative in estimating the risk of PID. PID risks for the gonorrhea and chlamydia screening groups were compared by calculating both unadjusted and adjusted risk differences and odds ratios with 95 percent confidence intervals, with adjustments for age and race, factors known to be associated with PID.