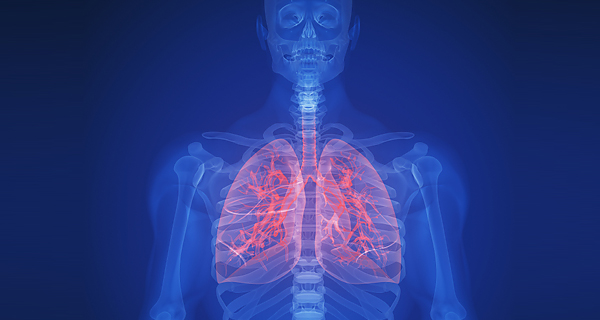 One of the toughest issues facing patients who have surgery for very early-stage lung cancer is uncertainty: Despite complete removal of their small lung tumors and no evidence of metastasis, at least one quarter of patients harbor tiny, undetectable clumps of cancer cells that have already spread outside their lungs and will kill them within a few years.

Doctors have no way of telling which cancers will recur, and, as a result, none of these patients receives chemotherapy that might otherwise reduce their chance of dying from the disease.

A new molecular test developed by doctors at the University of California, San Francisco (UCSF) may give doctors the ability to better predict post-operative early-stage lung cancer mortality. This week in the Journal of American Medical Association (JAMA), the team reports that the test effectively identifies patients with a high likelihood of recurrence even of this very early form of cancer, which is called “T1a node-negative non-squamous, non-small cell lung cancer.” 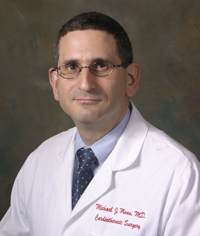 The retrospective study involved analyzing tumors from 1,439 patients in the United States and China who underwent surgery during the last 15 years. These patients belonged to either the Kaiser Permanente Northern California System or had gone to one of three hospitals in mainland China that participate in the China Clinical Trials Consortium.

The study showed that the scientists could accurately stratify patients even with the earliest stage of lung cancer into groups at low-, intermediate- or high-risk of death based solely on the activity of 14 different genes found in their tumors. The prognostic information obtained from this molecular analysis of an individual tumor’s biology significantly surpassed the information that could be obtained from any conventional prognostic criteria derived either from microscopic examination of the tumors, or from the patients’ clinical situations.

“This group of patients with very early disease is expected to increase as screening for lung cancer is more widely implemented,” said UCSF thoracic surgeon Michael Mann, MD. A number of hospitals around the country, including UCSF Medical Center, have implemented lung cancer screening programs in the last two years.

Published guidelines currently recommend chemotherapy for stage I lung cancer patients who are thought to be at very high risk of recurrence. These guidelines, however, provide no criteria to aid in the identification of high-risk patients with T1a node-negative disease.

This January 2012 video describes the work of an international team led by UCSF scientists to demonstrate that the molecular test can predict the likelihood of death from early-stage lung cancer more accurately than conventional methods. The latest study builds on those findings to show that the test also works for the growing number of patients with the earliest, T1a node-negative cancers.

The UCSF team and their colleagues previously demonstrated that the new assay better identifies high-risk stage I patients than the published criteria. It remained uncertain, however, if high-risk patients could also be identified from among the growing number of patients with the earliest, T1a node-negative cancers. The new report now confirms that the test can successfully identify patients even in this group who have a 50 percent chance of death, and for whom further intervention might also need to be considered.

Lung cancer is currently the most lethal cancer in the world, largely because of its propensity to spread even at very early stages of the disease. As a result, lung cancer is most often diagnosed after it has become incurable. Doctors hope that screening for lung cancer will lead to earlier detection and increase overall survival from the disease, which has not improved after 40 years of research. Identification of patients with these early tumors who are still at high risk of death may further improve the benefit derived from early detection.

Mann is one of several doctors at UCSF who jointly developed the technology upon which the test is based. The test itself was developed by Pinpoint Genomics, a company that was acquired in 2012 by Life Technologies Corp., which is currently making the test available to clinicians throughout the United States. Importantly, the test can be run on standard pathology specimens and does not require any special handling of the tumor tissues.

In addition to UCSF, authors on this study are affiliated with Kaiser Permanente Department of Research, Northern California in Oakland, Calif., and The First Affiliated Hospital of Guangzhou Medical College, State Key Laboratory of Respiratory Disease in Guangzhou, China.

The following UCSF-affiliated co-authors of the study have paid consulting relationships with Pinpoint Genomics: Johannes R. Kratz, David M. Jablons and Michael J. Mann. Kratz, Mann and Jablons may also benefit from routine inventor royalties administered through the University of California. A full list of conflict-of-interest disclosures appears in the JAMA paper.

This work was supported by private endowments to the UCSF Thoracic Oncology Laboratory and by Pinpoint Genomics, which provided reagents, supplies and training to the China Clinical Trials Consortium.