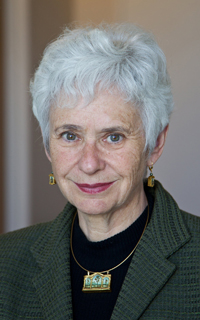 The success in 1998 by the University of Wisconsin’s James Thomson in deriving human embryonic stem cells from embryos propelled the stem cell research field forward.

Beginning in the late 1990s, UCSF’s Roger Pedersen, PhD, was one of two University scientists nationwide – the other being James Thomson, DVM, PhD, of the University of Wisconsin – to pioneer the human embryonic stem cell field. Following Thomson’s 1998 discovery of a technique for deriving human embryonic stem cells from donated embryos left over following in vitro fertilization efforts, Pedersen’s lab derived two of its own lines of cells using the same technique.

In 2006, Shinya Yamanaka, MD, PhD, a senior investigator and the L.K. Whittier Foundation Investigator in Stem Cell Biology at the Gladstone Institute of Cardiovascular Disease and a professor of anatomy at UCSF, developed the method for inducing skin cells from mice into becoming like pluripotent stem cells and called them iPS cells. In 2007, Yamanaka did the same with adult human skin cells. 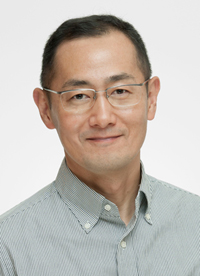 Yamanaka’s experiments revealed that adult skin cells, when treated with four pieces of DNA (now called the Yamanaka factors), can induce skin cells to revert back to their pluripotent state. His discovery has since led to a variety of methods for reprogramming adult cells into stem cells that can become virtually any cell type – such as a beating heart cell or a neuron that can transmit chemical signals in the brain. This allows researchers to create patient-specific cell lines that can be studied and used in everything from drug therapies to regenerative medicine.

In between and since, there has been major progress in scientists’ understanding of stem cells.

Today, fueled in part by the robust research enterprise at UCSF, the field is burgeoning. Yamanaka now commutes between Japan and San Francisco, where he is a professor of anatomy at UCSF and a senior investigator at the UCSF-affiliated J. David Gladstone Institute for Cardiovascular Disease.

At UCSF, Arnold Kriegstein, MD, PhD, director of the Eli and Edythe Broad Center of Regeneration Medicine and Stem Cell Research at UCSF, leads one of the largest and most comprehensive programs of its kind in the United States.

In about 125 labs, basic science researchers carry out studies in cell culture and animals aimed at understanding healthy cell function and disease progression and developing treatment strategies for a broad spectrum of disorders, including heart disease, diabetes, neurological diseases – such as epilepsy, multiple sclerosis, Parkinson’s disease and spinal cord injury – and cancer. Clinical research teams have begun one of the first early-stage stem cell clinical trials in the United States, and other potential trials are on the horizon.

Leading the center are two UCSF scientists of international standing in their respective fields:

Director Arnold Kriegstein, MD, PhD — His research focuses on the role stem cells play in brain development, and he is exploring strategies for using these cells to treat such diseases as epilepsy, Parkinson’s disease, spinal cord injury and stroke.

Co-director Rik Derynck, PhD — He is studying the role stem cells play in the development of cartilage, bone, fat, muscle and connective tissue, and how abnormalities in these cells give rise to craniofacial (cranium and face) and skeletal anomalies. He also is investigating the possibility of turning early-stage fat cells into other tissues, such as bone and muscle, to treat craniofacial defects, osteoporosis and osteoarthritis, as well as bone that is destroyed in some cancers.

In February 2011, the stem cell center celebrated the grand opening of the Eli and Edythe Broad Center of Regeneration Medicine and Stem Cell Research at UCSF, on the UCSF Parnassus campus. This unique structure serves as headquarters for a program that will continue to extend across all UCSF departments. The building is located near UCSF Medical Center, symbolizing UCSF’s long-term goal of translating basic science research findings into clinical treatments.