Warner C. Greene, MD, a professor of medicine, microbiology and immunology at UCSF who directs virology and immunology research at the UCSF-affiliated Gladstone Institutes, has joined with other global AIDS experts to release a locally affordable version of the world’s leading AIDS medical textbook.

Designed specifically for regions that today are hardest hit by the disease, this new text is the latest weapon in a growing arsenal aimed at curbing the spread of HIV/AIDS worldwide. 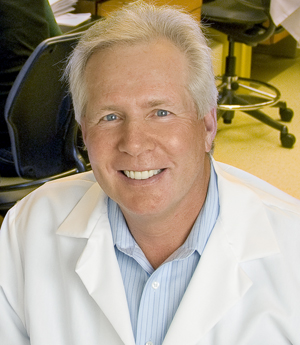 The textbook, titled Sande’s HIV/AIDS Medicine: Global Care, is being offered at a significant discount to health care professionals in the developing world. It is a special edition of the concurrently published Sande’s HIV/AIDS Medicine: Medical Management of AIDS 2013, 2nd Edition — considered the gold-standard reference for HIV/AIDS management. Both texts, published by Elsevier Health, will be presented this week at the 19th annual International AIDS Conference being held in Washington, D.C.

“Of the 33.3 million people living with HIV/AIDS around the world, more than two-thirds live in Africa,” said Greene, an Institute of Medicine member who in May was inducted as president of the Association of American Physicians — one of the oldest and most prestigious physician organizations.“If we want to stem the tide of new infections around the world, we must focus our efforts on resource-poor regions such as Africa, Asia and the Middle East.”

The so-called “international” edition of HIV/AIDS Medicine features up-to-date clinical information on HIV/AIDS, such as the best treatment options for patients with drug-resistant tuberculosis — a condition often found among HIV-positive individuals — but also includes specialized chapters on managing and treating HIV and AIDS in resource-poor settings.

"With the majority of new HIV infections occurring in the developing world, we have to arm physicians in these regions with all the tools they need to combat the virus," said Joel Gallant, MD, MPH, associate director of the Johns Hopkins AIDS Service at the Johns Hopkins University School of Medicine and co-editor of the text. "The offering by Elsevier Health of this text at a deep discount underscores our commitment to developing new strategies to stem the AIDS epidemic worldwide."

At Gladstone — an independent and nonprofit biomedical-research organization — Greene’s laboratory studies the molecular mechanisms that underlie HIV infection. It recently provided new insight into how the virus kills CD4 T cells and simultaneously triggers inflammation that promotes further disease progression. His lab and its collaborators have also identified human amyloid fibrils in semen that enhance the ability of HIV to infect new cells — a discovery that one day could help reduce new instances of infection.