Women with diabetes are just as likely to be interested in, and engage in, sexual activity as non-diabetic women, but they are much more likely to report low overall sexual satisfaction, according to a UCSF study.

The researchers also found that diabetic women receiving insulin treatment were at higher risk for the specific complications of lubrication and orgasm.

“Diabetes is a recognized risk factor for erectile dysfunction in men, but there have been almost no data to indicate whether it also affects sexual function in women,” said senior author Alison J. Huang, MD, MAS, of the UCSF Women’s Health Clinical Research Center and an assistant professor in the UCSF Department of Medicine.

The study is available online in the journal Obstetrics and Gynecology.

Huang, lead author Kelli Copeland, BA, of the UCSF Women’s Health Clinical Research Center, and their colleagues sought to examine the relationship of diabetes to sexual function in an ethnically diverse group of middle-aged and older women.

The disease has the potential to affect sexual function in women through a variety of mechanisms. These include vascular changes in the urogenital tissues affecting lubrication, and alterations in genital arousal response. Sexual function also may be adversely affected by diabetes medications or other interventions directed at monitoring or treating the disease, according to the research team. 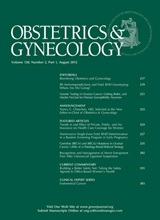 No significant differences in sexual desire or frequency of sexual activity by diabetes status were observed, after the investigators took into account other differences in participants’ demographic background and medical histories.

Among all diabetic women, end-organ complications such as heart disease, stroke, renal dysfunction, and peripheral neuropathy were associated with decreased sexual function in at least one domain.

The study did not examine whether the women had Type 1 or Type 2 diabetes, but the researchers assume that because of age of diagnosis, and when they started insulin, that the majority of participants had Type 2 diabetes.

Previous studies have suggested that psychological factors, such as depression, play a role in sexual dysfunction among diabetic women. The UCSF team did not assess the impact of depression on female sexual function in this study, but did adjust for antidepressant use among participants since it can worsen sexual function. The team found that relationships between diabetes and sexual function were independent of anti-depression therapy.

Diabetes is a common chronic condition in the United States. According to the American Diabetes Association, 12.6 million or 10.8 percent of all women aged 20 years or older have diabetes.

“Based on this research, clinicians may want to consider assessing diabetic women for sexual problems, particularly among those taking insulin, and counsel them that prevention of end-organ complications may be important in preserving sexual function,” said Copeland.

Funding for the project was provided by the National Institute of Diabetes and Digestive and Kidney Diseases. Huang also is supported by an award from the National Institute in Aging and the American Federation for Aging Research. No authors report any potential conflicts of interest related to this research.