In January 2012, the U.S. Food and Drug Administration (FDA) issued new guidelines on dosing of an HIV medication used to treat people infected with both HIV and tuberculosis (TB) because of a potential interaction between two of the main drugs used to treat each disease. 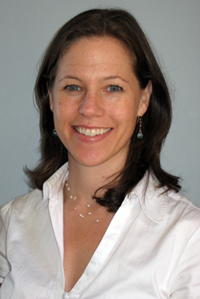 The drug rifampin, used for treating TB, can lower levels of the HIV medicine efavirenz, so the FDA recommended that patients who weigh more than 50 kg (110 pounds) and who are taking both medications should get 30 percent larger doses of efavirenz (an increase from 600 mg to 800 mg).

Now, a new analysis conducted by researchers with the Adult AIDS Clinical Trials Group (ACTG) at the University of California, San Francisco (UCSF) and the San Francisco General Hospital and Trauma Center (SFGH) suggests this recommended dose adjustment may not be necessary, particularly in non-Caucasian populations.

As described in a talk at the XIX International AIDS Conference in Washington, D.C. on July 23, 2012, the new FDA guidelines were based on several small studies in European TB patients and one in healthy volunteers, indicating a decrease in efavirenz levels with rifampin. The guidelines were also informed by a mathematical model, which showed that increasing efavirenz to 800 mg when given with rifampin would increase levels to those seen on the regular dose of 600 mg.

These data may not apply to patients in African and Asian populations because of genetic differences that lead to higher efavirenz levels — or even in the United States, where more than half the people with TB and HIV co-infections are African American or Asian American.

"To make the recommendation across the board that all patients who weigh more than 50 kg should increase the dose of efavirenz is not supported by our research. Doing so may lead to more drug toxicity without improving the effectiveness of efavirenz in TB patients," said Annie Luetkemeyer, MD, an assistant professor of medicine at UCSF and an ACTG researcher at SFGH.

How the Two Drugs Interact

TB and HIV co-infections, while relatively rare in the United States, form a particularly devastating one-two punch in many parts of the world. Having HIV makes you twice at least twice as likely to develop tuberculosis, and TB is now the number one killer of people with HIV worldwide.

The problem is particularly pronounced in sub-Saharan Africa, where, according to the World Health Organization, about 60 percent of the people in the world with HIV/AIDS live and where a third of the 22 countries with the highest levels of TB are located.

Clinical evidence strongly suggests that people who have HIV and TB should be treated simultaneously for both diseases. Waiting to treat HIV until after TB treatment doubles the likelihood of death, and starting HIV treatment early in the course of TB reduces the risk of death and new AIDS complications in patients with advanced AIDS. Even waiting six weeks to start HIV treatment can increase this risk, said Luetkemeyer.

But rifampin and efavirenz, two of the front line drugs used to treat both diseases, interact through a liver enzyme in the human body known as cytochrome P450, which generally breaks down and metabolizes most drugs. When someone takes the anti-TB drug rifampin, it increases levels of these P450 enzymes, and they, in turn, break down the HIV drug efavirenz.

The FDA issued its new guidance specifically to address the concern that adults on both drugs who weigh more than 50 kg would run the risk of not having enough efavirenz, and they recommended that people simply take 30 percent larger doses of the anti-HIV drug (substituting 800 mg of efavirenz for the normal 600 mg dose).

However, the metabolic effect observed in the studies that the FDA looked at is also influenced by genetics, and people in African and Asian populations may be slower metabolizers than people in the predominantly white populations involved in the trials upon which the FDA based its recommendation.

In recent years, Luetkemeyer and her colleagues have collected clinical data specifically looking at how best to co-administer drugs for HIV with drugs for other infections through a large, randomized, multicenter ACTG clinical trial called STRIDE.

In other words, said Luetkemeyer, increasing the doses of efavirenz may increase its side effects without making it more effective. The drugs are also expensive, and when prescribing more than is necessary across an entire population may strain budgets that already are stretched thin.

The STRIDE data reinforce data from other researchers that have shown efavirenz levels increase in many non-white patients on rifampin and that a standard dose of efavirenz has been as effective in TB patients on rifampin as in HIV patients without TB. Three quarters of the STRIDE study participants were black, however, so this study cannot address whether the dose adjustment is advisable in Caucasian patients.

While the FDA does not have the authority to regulate health systems, companies and products in other countries, it nevertheless has a powerful worldwide influence on health care because many poor countries have no similar government agencies to review available scientific data and issue guidance to doctors.

The abstract is available online.

This work was funded by the National institutes of Health.