Standard performance measures used by health care systems and insurance companies to assess how well physicians are controlling their patients’ blood pressure tell an incomplete and potentially misleading story, according to a study by researchers at the San Francisco VA Medical Center (SFVAMC) and the University of California, San Francisco (UCSF). 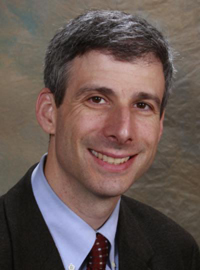 Under the experimental measure, only 21 percent of the patients were classified as not receiving adequate treatment, versus 36 percent under the conventional measure.

The result presented a clearer picture of patients’ blood pressure, and of which patients should be the focus of efforts for tight blood pressure control, said lead author Michael A. Steinman, MD, a physician at SFVAMC.

The alternative measure, he said, did a better job of reflecting physicians’ clinical reasoning, which would lead them to treat patients who would benefit from aggressive hypertension treatment rather than those who would not benefit or might even be harmed.

Current measures do not make those distinctions, leading to “inaccurate data and misdirected efforts to improve the quality of care,” Steinman said.

The study appears in the May issue of Medical Care.

“Rather than ignoring the extenuating circumstances that many patients face and encouraging us to quibble over short-term dips and rises in blood pressure, a new, clinically guided approach would allow us to prioritize patients who are most likely to benefit from tight blood pressure control, and to identify those whose blood pressure is truly high over the long term,” said Steinman. “They are the ones who are most likely to suffer bad consequences, and from a public health perspective, that’s who we should be targeting. Our performance measures should reflect that.”

Steinman cautioned that the alternative measure used in the study is not meant to replace conventional measures, because it cannot be implemented on a large scale. “The point is, we need to take the principles used in creating this measure and apply them to improve existing performance measures,” he said. “We need to think differently about how to assess blood pressure control, and focus on the patients who are most likely to benefit from treatment.”

In contrast with conventional measures, the new measure did not include the medical records of patients who had had little or no contact with the health care system over the preceding year, because, said Steinman, “it’s hard to determine what the true blood pressure is if the patient doesn’t show up in clinic.”

It also excluded the records of patients on four or more blood pressure medications, who were judged to be making aggressive efforts to control hypertension already. Finally, the measure did not include patients with terminal illness and dementia, for whom blood pressure control may not be a high priority.