Cancer drug development is known to be too slow, costly and fraught with failure. Now the U.S. Food and Drug Administration is issuing recommendations for breast cancer trials that would substantially accelerate patient access to new medications while lowering the time and cost of drug development.

The new regulatory guidelines are based in part on groundbreaking, national breast cancer research led by UCSF. 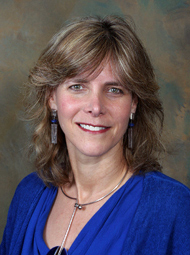 The FDA “draft guidance,’’ issued last week, is aimed at helping medical researchers gain swifter approval for promising drugs in the early stages of development for breast cancer. The guidance represents the federal agency’s “current thinking on this topic,’’ according to the draft.

The guidelines are discussed in the current issue of The New England Journal of Medicine.

The FDA’s new approach is based on a trial design being tested in a clinical study known as I-SPY 2, launched by UCSF in conjunction with a private-public partnership that includes the FDA, the National Institutes of Health, pharmaceutical companies and academic medical centers.

I-SPY 2 combines personalized medicine with a novel investigational design to identify women at high risk of early breast cancer recurrence. It is underway at 19 major cancer research centers around the country.

“Better options for patients with high-risk breast cancer are urgently needed,’’ said Janet Woodcock, MD, director of the Center for Drug Evaluation and Research at the FDA. “The FDA guidance explains how a promising drug identified in trials such as I-SPY 2 could be evaluated for FDA approval, so patients could have rapid access if the drug proved better than current treatments.’’

Traditionally, patients with early-stage breast cancer must wait years to receive new cancer drugs, which are generally tested first in patients with later stage metastatic disease and approved for use in more curable, early stage cancer only after additional clinical trials.

It can take more than a decade to bring a new cancer drug to the market and cost more than $1 billion.

The need for new regulatory approaches was discussed in a December 2011 commentary in the Journal of the American Medical Association (JAMA) co-authored by Woodcock and Laura Esserman, MD, MBA, director of the Carol Franc Buck Breast Care Center at the UCSF Helen Diller Family Comprehensive Cancer Center.

“The major losers in this inefficient approach are the patients who would benefit from new treatments,’’ wrote Esserman and Woodcock in their JAMA article.

But combining novel trial designs with new approaches for accelerated approval would hasten the pace through the research pipeline to bring medications to patients at far lower costs, the authors wrote.

The new FDA recommendations would speed up approval of drugs tested prior to surgical removal of tumors in certain types of high-risk patients with localized, early stage disease. The guidance centers on neoadjuvant therapy for breast cancer — the administration of therapeutic agents prior to surgery. The FDA said it may now grant approval to medications that have shown clinical benefit, based on data from patients receiving this type of neoadjuvant treatment whose invasive cancers have disappeared by the time of surgery, termed “pathologic complete response.’’

In I-SPY 2, a patient’s cancerous tumors are left in place for approximately six months, rather than being immediately removed surgically. Several new agents are tested in combination with standard chemotherapy in an effort to improve the chance of the tumor shrinking and completely disappearing — before surgery — in women with high risk breast cancer. The trial is designed to learn which patients will have the most benefit from new targeted therapies, which will help to speed access under the FDA’s new guidelines.

I-SPY 2 can test new treatments in half the traditional time, and with significantly fewer participants which will dramatically lower costs.

“We are truly excited to see that the FDA is supportive of trials like I-SPY 2,’’ said Esserman, the co-principal investigator of I-SPY 2. “This really moves us much closer to getting the right drugs to the right patients at a time when they can be cured.’’

The FDA is accepting comment on the new recommendations through July.

“This guidance represents the work of literally hundreds of individuals who are dedicated to harnessing the best of science and medicine to achieve real progress against cancer,’’ said Anna D. Barker, PhD, professor and director of Transformative Healthcare Networks and co-director of the Complex Adaptive Systems Initiative at Arizona State University. She is the former deputy director of the National Cancer Institute.

I-SPY 2 is being conducted under the auspices of the Biomarkers Consortium, a public-private partnership led by the Foundation for the National Institutes of Health that includes representatives from the NIH, FDA, and multiple pharmaceutical companies and academic research centers.

Scientists from the National Cancer Institute, FDA, pharmaceutical and biotechnology companies, as well as breast cancer patient advocates also contributed to the design of I-SPY 2, which is managed by FNIH and Quantum Leap Healthcare Collaborative with support from Quintiles, a global biopharmaceuticals service provider. Funding for I-SPY 2 is provided by non-profit foundations including The Safeway Foundation, several pharmaceutical companies, and other private sector and philanthropic donors.