The UCSF Academic Senate has voted to make electronic versions of current and future scientific articles freely available to the public, helping to reverse decades of practice on the part of medical and scientific journal publishers to restrict access to research results.

The unanimous vote of the faculty senate makes UCSF the largest scientific institution in the nation to adopt an open-access policy and among the first public universities to do so. 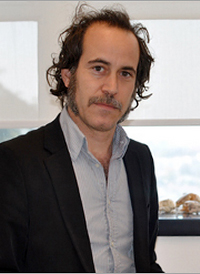 “Our primary motivation is to make our research available to anyone who is interested in it, whether they are members of the general public or scientists without costly subscriptions to journals,” said Richard A. Schneider, PhD, chair of the UCSF Academic Senate Committee on Library and Scholarly Communication, who spearheaded the initiative at UCSF. “The decision is a huge step forward in eliminating barriers to scientific research,” he said. “By opening the currently closed system, this policy will fuel innovation and discovery, and give the taxpaying public free access to oversee their investments in research.”

UCSF is the nation’s largest public recipient of funding from the National Institutes of Health (NIH), receiving 1,056 grants last year, valued at $532.8 million. Research from those and other grants leads to more than 4,500 scientific papers each year in highly regarded, peer-reviewed scientific journals, but the majority of those papers are only available to subscribers who pay ever-increasing fees to the journals. The 10-campus University of California (UC) system spends close to $40 million each year to buy access to journals.

Such restrictions and costs have been cited among the obstacles in translating scientific advances from laboratory research into improved clinical care.

The new policy requires UCSF faculty to make each of their articles freely available immediately through an open-access repository, and thus accessible to the public through search engines such as Google Scholar. Articles will be deposited in a UC repository, other national open-access repositories such as the NIH-sponsored PubMed Central, or published as open-access publications. They will then be available to be read, downloaded, mined, or distributed without barriers.

Hurdles do remain, Schneider noted. One will be convincing commercial publishers to modify their exclusive publication contracts to accommodate such a policy. Some publishers already have demonstrated their willingness to do so, he said, but others, especially premier journals, have been less inclined to allow the system to change.

Under terms negotiated with the NIH, a major proponent of open-access, some of the premier journals only allow open access in PubMed Central one year after publication; prior to that only the titles and summaries of articles are freely available. How such journals will handle the UCSF policy remains to be seen, Schneider said.

The UCSF policy gives the university a nonexclusive license to distribute any peer-reviewed articles that will also be published in scientific or medical journals. Researchers are able to “opt out” if they want to publish in a certain journal but find that the publisher is unwilling to comply with the UCSF policy.  “The hope,” said Schneider, “is that faculty will think twice about where they publish, and choose to publish in journals that support the goals of the policy.”

UC was at the forefront of the movement to open scientific papers to the public through its libraries, and generated the first major effort to create a policy of this kind in 2006. It was a complex policy, though, requiring faculty to “opt in,” and for a variety of reasons failed to garner enough faculty votes across the UC system, said Schneider.  But since then, he said, the academic and economic climate has changed substantially in favor of the open access movement.

In the past few years, 141 universities worldwide, including Harvard University and Massachusetts Institute of Technology, have learned from UC’s initial missteps and have created very effective blanket policies similar to the one just passed at UCSF, Schneider said. Universities throughout Europe and Latin America also have pursued similar policies. Moreover, many funders have adopted open- access policies for their grant recipients as a requirement for getting a research award, so faculty are now used to the practice of making their work freely available.

Last year, scientific, technical, and medical journals generated billions of dollars in profits for their publishers, and, for the largest publishers, profit margins were around 30 percent to 40 percent, Schneider said, “yet, our research papers are largely funded by taxpayers, submitted to the journals without compensation, and edited and reviewed on a volunteer basis by colleagues throughout the world.” Due to the high fees incurred in subscribing to such journals, many universities and the general public have access only to an abstract on each paper, which includes a short description of the research and its results.

The UCSF vote was the result of a faculty-led initiative, and makes UCSF the first campus in the UC system to implement such a policy. It has been developed in collaboration with other UC campuses and systemwide committees, especially the UC Committee on Library and Scholarly Communication, with the ultimate goal of implementing the policy across all ten UC campuses.

“This vote is very, very good news,” said Karen Butter, UCSF librarian and assistant vice chancellor. “I am delighted that UCSF will join leading institutions in changing the model of scientific communications, and that UCSF authors have chosen to take control of their scholarship, providing new audiences with incredible opportunities to translate UCSF’s remarkable research into improving health care.”

The University of California, San Francisco (UCSF) is a leading university dedicated to promoting health worldwide through advanced biomedical research, graduate-level education in the life sciences and health professions, and excellence in patient care.