A team of researchers from UCSF and UC San Diego has identified an approved arthritis drug that is effective against amoebas in lab and animal studies, suggesting it could offer a low-dose, low cost treatment for the amoebic infections that cause human dysentery throughout the world.

Based on these results, the team has received Orphan Drug Status for the drug, known as auranofin, from the U.S. Food and Drug Administration (FDA), and has applied for approval to start clinical trials to treat both amebiasis and the parasite Giardia intestinalis in humans. 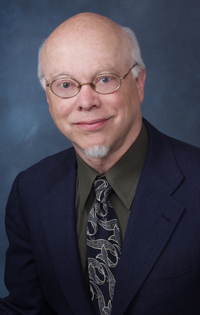 The findings, which showed that auranofin inhibited growth of the parasite Entamoeba histolytica in lab tests as well as two rodent models of the disease, highlight the importance of screening existing drugs for new purposes, especially for neglected diseases, the researchers said. Findings will be reported in the June 2012 issue of Nature Medicine and were selected for advance online publication on the Nature website.

The combination of an off-patent drug and decades of clinical safety data offers the possibility of providing a lower-cost solution worldwide with fewer side effects or risks of bacterial resistance than the current therapy, according to co-senior author James McKerrow, MD, PhD, a professor of pathology in the UCSF Sandler Center for Drug Discovery.

"When we're looking for new treatments for the developing world, we start with drugs that have already been approved," said McKerrow, who co-authored the paper with Sharon Reed, MD, of UC San Diego and first author Anjan Debnath, PhD, of UCSF. "If we can find an approved drug that happens to kill these organisms, we've leapfrogged the development process that goes into assessing whether they are safe, which also makes them affordable throughout the world." 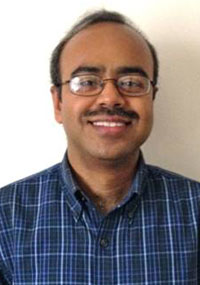 Each year, 50 million people worldwide contract amebiasis through contaminated food or water, making it the third leading cause of illness and fourth leading cause of death due to protozoan infections worldwide. Most of the 70,000 deaths each year are in developing countries, where children are at greatest risk of severe illness. While less deadly than amoebas, Giardia is the most frequent parasitic agent of intestinal disease worldwide, causing an estimated 280 million cases annually, including also infects between 6 percent and 8 percent of all children in developing countries, and more than 19,000 Americans.

Both amebiasis and giardiasis are currently treated with the antibiotic metronidazole, which has side effects that include nausea, vomiting, dizziness and headache.

The new drug, auranofin, has been used as a twice-daily oral therapy for adults with rheumatoid arthritis since 1985, and has been shown to be safe at that dosage. The researchers' laboratory studies indicated that auranofin would be about ten times more potent than the current treatment for dysentery, meaning it could be given at low dose, and on a one-time or limited basis.

"This is a drug that you can find in every country," said Debnath, a postdoctoral fellow at UCSF who led the research and is first author on the paper. "Based on the dosage we're seeing in the lab, this treatment could be sold at about $2.50 per dose, or lower. That cost savings could make a big difference to the people who need it the most."

The research stemmed from a joint effort among several labs at UCSF that are affiliated with the California Institute for Quantitative Biosciences (QB3) on UCSF's Mission Bay campus, as well as with the pathology departments in UC San Diego and in the Instituto Politecnico Nacional, in Mexico.

At UCSF, McKerrow's team, which focuses on infectious diseases in the developing world that are not research priorities for pharmaceutical companies, set out to create a screen to identify small molecule drugs that would kill amoebas safely. 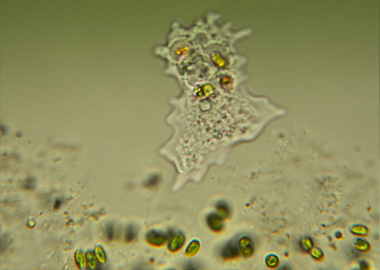 The key breakthrough, McKerrow said, was Debnath's development of a high-throughput screen that could be conducted in an oxygen-free, or anaerobic, environment, to mimic the amoeba's natural environment. Debnath was working at the time with Reed's lab, at UC San Diego, studying the impact of protease inhibitors on amebiasis, and realized he needed to be able to screen thousands of compounds.

Because of the need for an oxygen-free environment, most tests on amoebas are conducted in small batches, testing one or two compounds at a time. The modern approach to these tests – conducting thousands of screens at once – had never been done in an anaerobic environment. So Debnath reached out to the UCSF Small Molecule Discovery Center in the UCSF School of Pharmacy and QB3, which uses technology from the pharmaceutical industry to help bioscience researchers screen the targets they discover against potential therapies. Together, they modified the standard screen so it could be used in an anaerobic environment.

The second lucky stroke was a call McKerrow received during the project from Iconix Biosciences, a Menlo Park, CA, company that was going out of business. Iconix offered the Sandler Center its screening library of 900 compounds – each in its own vial –that have been approved by the FDA for human use.

With more than half of the FDA-approved compounds at their disposal, the team worked with the Small Molecule Discovery Center to screen the drugs against amoebas.

The results were startling: The drug was 10 times more potent in the screens against E. histolytica than the current treatment.

"The top hit was this drug auranofin, which caught our attention for a couple of reasons," McKerrow said. "First, it was more effective than the current drug, and importantly, it was a drug that has been given to people since 1985. So we knew it could be taken orally and was safer than the current drug for amoebas."

Thus, they knew they had a safe drug that was effective, but would it work outside of a test tube? At UC San Diego, Reed's lab had developed a mouse model for amebiasis in the colon, which the parasite infects first, and in Mexico, researchers had developed a hamster model that showed the impact of amebiasis on the liver. In both tests, this was the most effective drug they had ever seen, markedly decreasing the number of parasites, damage from inflammation and the size of liver abscesses at a very low dosage.

With the much-coveted "proof of principle" in hand, Debnath wrote to the FDA for approval of auranofin for Orphan Drug Status – an FDA program that fast-tracks new drugs that demonstrate promise in treating a neglected or orphan disease, defined as either fewer than 200,000 cases in the United States or those that are not expected to recover the costs of developing and marketing a treatment.

The team then worked with researchers at the Wake Forest School of Medicine to show that auranofin inhibits E. histolytica thioredoxin reductase – an enzyme involved in defense against damage caused by oxygen metabolism – making the parasite more susceptible to oxidative stress.

The research was supported by the Sandler Foundation and by the U.S. National Institute of Allergy and Infectious Diseases. Other funding sources and data can be found in the full paper at www.nature.com. The authors declare no competing financial interests.

UCSF is a leading university dedicated to promoting health worldwide through advanced biomedical research, graduate-level education in the life sciences and health professions, and excellence in patient care. Visit www.ucsf.edu.