Warner C. Greene, MD, PhD, a professor of medicine at UCSF who directs virology and immunology research at the Gladstone Institutes, has been inducted as president of the Association of American Physicians (AAP). 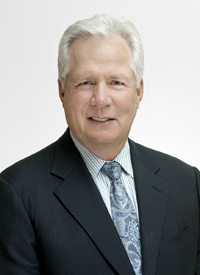 The AAP is one of the oldest and most prestigious professional organizations of physicians. Greene, a senior investigator at Gladstone, was elected a member of the AAP in 1990. He became an AAP Councilor in 2005 and then president-elect for 2012.

“As a long-time member of the AAP, I am honored to represent my colleagues and help guide the association,” said Greene. “I look forward to promoting the AAP’s mission of advancing science in medicine.”

Under Greene’s direction, virology and immunology research at Gladstone takes a multidisciplinary approach to fighting HIV/AIDS — which remains a global scourge, with more than 30 million people worldwide living with HIV. He studies the molecular mechanisms that underlie HIV infection, and recently his lab provided new insight into how the virus kills CD4 T cells and simultaneously triggers inflammation that promotes further disease progression. His laboratory and their collaborators have also identified human amyloid fibrils in semen that enhance the ability of HIV to infect new cells — a discovery that one day could help stem the global spread of this deadly pathogen.

“I am delighted that Greene is being acknowledged for his remarkable and continuing contributions to the scientific basis of medicine,” stated Lloyd "Holly" Smith, Jr., MD, consultant to the president of the Gladstone Institutes and emeritus professor of medicine and associate dean at UCSF. “His selection as President of the Association of American Physicians is a testament to his standing as an international leader in the application of biological science for the advancement of health care.”

A widely recognized expert in virology and immunology, Greene is a member of the Institute of Medicine of the National Academies and a fellow of the American Academy for the Advancement of Science. He is also the president of the Accordia Global Health Foundation, whose mission is to overcome the burden of infectious diseases in Africa by building centers of excellence, strengthening medical institutions and building health care capacity.

Greene also serves as co-director of the UCSF-GIVI Center for AIDS Research and is a member of the executive committees of the AIDS Research Institute and the Biomedical Sciences graduate program at UCSF. He is the author of more than 330 scientific papers and has been recognized as one of the 100 Most Cited Scientists in the world.

Before joining Gladstone in 1991 as the Founding Director of the Gladstone Institute of Virology and Immunology, Greene served as a Senior Investigator at the National Cancer Institute and a Professor of Medicine and Howard Hughes Investigator at Duke University Medical Center.

Greene earned a bachelor’s degree at Stanford University and an MD/ PhD degree at the Washington University School of Medicine. He completed his internship and residency training in Medicine at the Massachusetts General Hospital at Harvard.

The AAP, a nonprofit, professional organization founded in 1885 is composed of more than 1,900 active and honorary members dedicated to the pursuit of medical knowledge and the advancement through experimentation and discovery of basic and clinical science and their application to clinical medicine.