Measuring bone age should be a standard practice of care for pediatric patients with Crohn’s disease, in order to properly interpret growth status and improve treatment, according to a new study from the UCSF Benioff Children’s Hospital. 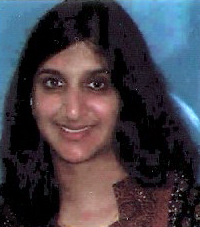 Impaired growth and delayed puberty are common complications in children with Crohn’s disease, with up to 80 percent of patients showing compromised growth. Typically, growth is interpreted based on a patient’s chronological age, and growth status is one of the key factors driving therapeutic decisions.

In the study, researchers measured bone age with a left hand/wrist x-ray in 49 pediatric patients with Crohn’s disease whose ages ranged from five to 17 years-old.  Bone age is a measure of skeletal maturity, and, as a people grow, their bones change in shape and size.  Based on the appearance of the bones and growth plates on the X-ray, a doctor can determine the bone age. Results can be given as a Z- score, either as average which is zero, or as a number of standard deviations above or below zero, taking into account the sex and chronological age of the patient.  High bone age is defined as having a bone age Z- score (BA-Z score)  > 2, and low bone age is defined as a BA-Z score < -2.

The study, “Determination of Bone Age in Pediatric Patients with Crohn’s Disease Should be Part of Routine Care,” is currently online in the journal Inflammatory Bowel Diseases.

“One of our findings that surprised me was that 41 percent of our patients had BA-Z scores that were less than -2. I did not expect that such a large proportion of patients would have this degree of delay,” said Gupta.

Crohn’s disease is a chronic disorder characterized by inflammation in the gastrointestinal tract. It is one of the two main disease subcategories of inflammatory bowel disease, along with ulcerative colitis. About one quarter of the more than one million Americans with inflammatory bowel disease are diagnosed in childhood and adolescence. In pediatric patients, the inflammation characteristic of the disease may lead to an inability to grow normally. Poor growth may be the only presenting sign of Crohn’s disease in children and adolescents.

The disease is marked by an abnormal response by the body’s immune system. The cause is not well understood but probably has a genetic component and an unknown trigger, according to the researchers.

The interpretation of a patient’s growth changes when his or her bone age, rather than just chronological age, is taken into consideration. The added information is also useful for properly interpreting height increments following therapeutic interventions.

“We need further studies to understand the effects of disease activity on bone age advancement and to determine which patients require more frequent monitoring of bone age,” Gupta said.

Females in the study had significantly lower average BA-Z scores (-2.0) than males (-1.1). Interestingly, the research team previously had reported that males with Crohn’s disease have more growth impairment than females.  The researchers are continuing to investigate the underlying reasons for sex differences in growth.  Certain factors — Caucasian  race, exposure to steroids, colonic disease location, earlier pubertal stage, and current treatment with the immunomodulator azathioprine/6-mercaptopurine — also were associated with lower average BA-Z scores.

“It’s important to know that active inflammation may be present even without classic intestinal symptoms such as abdominal pain, rectal bleeding, or diarrhea, said Gupta. “Poor growth may be the only sign of active disease. Including the X-ray as part of routine care allows a more clinically meaningful interpretation of statural growth and therefore enables us to improve our treatment recommendations.”

UCSF Benioff Children’s Hospital creates an environment where children and their families find compassionate care at the forefront of scientific discovery, with more than 150 experts in 50 medical specialties serving patients throughout Northern California and beyond. The hospital admits about 5,000 children each year, including 2,000 babies born in the hospital. For more information, go here.

UCSF is a leading university dedicated to promoting health worldwide through advanced biomedical research, graduate-level education in the life sciences and health professions, and excellence in patient care. For further information, go here.