Time magazine has named Gladstone Senior Investigator Robert Grant, MD, MPH, a UCSF professor of medicine, to the 2012 TIME 100, the magazine’s annual list of the world’s 100 most influential people. 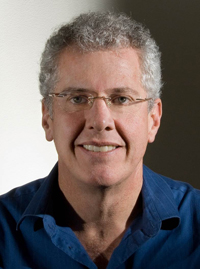 “Dr. Grant changed the way AIDS researchers think about preventing HIV transmission,” Kenneth Cole, board chairman at amfAR, The Foundation for AIDS Research, wrote in Time. “He and his team showed that gay, HIV-negative men could radically lower their risk of contracting HIV from their sexual partners by taking a combination antiretroviral drug already used to treat people living with the virus. Later studies showed that this technique could work to prevent HIV transmission among heterosexual men and women too.

“This not only saves lives but provides a model that could one day halt new infections everywhere,” continued Cole, who is also the founder of Kenneth Cole Productions. “We are in debt to Dr. Grant ... When the history of the AIDS epidemic is written, I hope there will be a chapter on Dr. Robert Grant.”

Grant led the groundbreaking and global study, referred to as IPrEx, which showed how existing HIV/AIDS medications could effectively be used to prevent transmission of HIV in those likely to be exposed to the virus. The study, funded by independent grants from the National Institutes of Health and the Bill and Melinda Gates Foundation, is seen as a promising step towards the goal of stemming the HIV/AIDS epidemic.

“It’s an honor to be named to the TIME 100 list,” said Grant. “The devastating impact of HIV continues to spread around the world despite access to treatment, care and support. It’s imperative that we continue to research new ways to prevent HIV infection.”

The list, now in its ninth year, recognizes the activism, innovation and achievement of the world’s most influential individuals.

“Bob’s dedication and commitment to the treatment and prevention of AIDS is inspiring,” said Warner C. Greene, MD, PhD, who directs virology and immunology research at Gladstone. "I admireTime magazine for recognizing the importance and impact of his research on humankind.”

Grant, who has also served as a member of the U.S. Federal Drug Administration Antiviral Advisory Committee, is the author of more than 100 peer-reviewed publications. He earned a bachelor’s degree in biological sciences at Stanford University and an MPH degree in epidemiology at the University of California, Berkeley. He earned an MD degree at UCSF, where he took his internship and residency training in medicine and did a fellowship in molecular medicine.

The full list and related tributes appear in the April 30 issue of Time, available on newsstands on Thursday, April 19, and now at TIME.com.