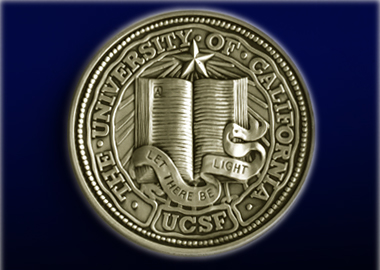 She presented the UCSF Medal at the 2012 Founder’s Day banquet at the UCSF Mission Bay campus on Thursday, April 5. A committee composed of University members and others select the honorees annually.

This tradition was started in 1975 by then Chancellor Francis Sooy, MD, who replaced granting honorary degrees with the UCSF Medal. He also inaugurated Founder’s Day, an annual celebration of UCSF’s contributions to the people of California, in 1982.

The recipients of the 2012 UCSF Medal are:

About the 2012 Medal Recipients 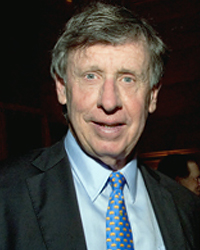 He is also co-chairman of Newbridge Capital, LLC, co-chairman of the World Conference on Religion and Peace, and is founder and chairman of the American Himalayan Foundation, a nonprofit, humanitarian organization that partners with local non-governmental organizations and community groups to improve health and education throughout the territory.

A longtime supporter of higher education, Blum is a Regent of the University of California, appointed in 2002 by then-Governor Gray Davis to a 12-year term. His term expires on March 1, 2014.

Blum is also a board member of the World Wildlife Fund and the Wilderness Society. He serves as a trustee and a member of the executive committee of The Carter Center, founded by former President Jimmy Carter.

Blum earned his BA and MBA degrees from the University of California, Berkeley. He was the recipient of UC Berkeley's Haas School of Business Alumnus of the Year Award in 1994 and is a member of the school's advisory board. Blum was honored with the Berkeley Medal by UC Berkeley Chancellor Robert Birgenau in 2009.

Blum’s wife U.S. Senator Dianne Feinstein (D-CA), whom he married in 1980, will accompany him to the Founder’s Day banquet at UCSF. 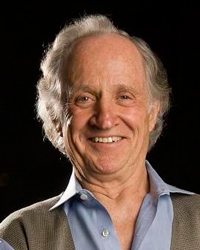 Born in Verona, Italy in 1937, Capecchi, PhD, is a Nobel laureate, who was a co-winner of the 2007 Nobel Prize in Physiology or Medicine for his pioneering work in mouse embryo-derived stem cells. He and his colleagues, Oliver Smithies and Martin Evans, discovered a way to create mice with mutations in any desired gene. This allowed scientists to examine the function of any gene during the development or post-development phase of the mouse.

Capecchi is an investigator of the Howard Hughes Medical Institute and a Distinguished Professor of Human Genetics and Biology at the University of Utah School of Medicine. His long list of honors includes the Wolf Prize in Medicine, the Albert Lasker Award for Basic Medical Research, and the National Medal of Science. He is a member of the National Academy of Sciences and the European Academy of Sciences.

Capecchi received his Bachelor of Science degree in chemistry and physics in 1961 from Antioch College in Ohio. He received his PhD degree in biophysics in 1967 from Harvard University, studying under 1962 Nobel laureates James Watson, an American molecular biologist who co-discovered the structure of DNA in 1953 with Francis Crick, an English scientist. 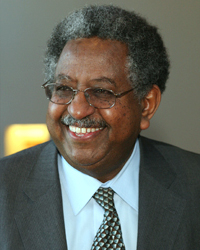 Debas' career as a physician, researcher, teacher and academic leader spans more than three decades and includes positions at hospitals, medical centers and universities in British Columbia, Canada, and the United States.

Born in Asmara, Eritrea, in 1937, Debas, MD, has served in many leadership roles since arriving to UCSF in 1987 as chair of the Department of Surgery. He achieved national recognition as a gastrointestinal investigator and made original contributions to the physiology, biochemistry, and pathophysiology of gastrointestinal peptide hormones.

As dean of the UCSF School of Medicine from 1993 to 2003, Debas led myriad initiatives that resulted in the school becoming a national model for medical education, an achievement for which he was recognized with the 2004 Abraham Flexner Award of the American Association of Medical Colleges. Under his leadership, the medical school established several interdepartmental and interdisciplinary centers of excellence, developed the UCSF AIDS Research Institute and launched the UCSF Human Genetics Program.

In 1997, Debas was appointed the seventh Chancellor of UCSF, agreeing to accept the appointment for a period of one year serving concurrently as both chancellor and dean. During this time, he played a key role in the development of UCSF Stanford Health Care, the creation of the UCSF Mission Bay campus, and the establishment of Helen Diller Family Comprehensive Cancer Center.

Debas has served as executive director of UCSF Global Health Sciences (GHS) since it was founded in 2003 until 2011. GHS integrates UCSF expertise in the health, social, and biological sciences to focus on issues such as the impact of health disparities, chronic illness and infectious diseases on people worldwide. He was named Global Health Advisor to UCSF in 2011 by Chancellor Desmond-Hellmann, and continues to work in that role.

The recipient of numerous honors and awards, Debas is a fellow of the American Academy of Arts and Sciences and a member of the Institute of Medicine. He currently serves on the United Nations Commission on HIV/AIDS and Governance in Africa and on the Committee on Science, Engineering, and Public Policy of the National Academy of Sciences. 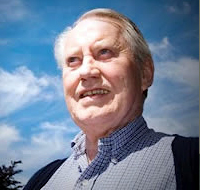 An Irish American businessman and generous philanthropist, Feeney is founder of The Atlantic Philanthropies, one of the largest private foundations in the world. He is also a co-founder of the Duty Free Shoppers Group, which offers high-end products free of import taxes to travelers.

The Atlantic Philanthropies supports health and social projects in countries such as Australia, Bermuda, Ireland, South Africa, the United States, and Vietnam. The foundation has made grants totaling more than $5 billion since 1982.

Feeney is credited as being a key visionary behind the creation of the UCSF Mission Bay campus, a magnet for the growing biotechnology industry in San Francisco. A $50 million gift from The Atlantic Philanthropies to build the UCSF Cardiovascular Research Institute (CVRI) was the largest single commitment from a foundation in UCSF’s history. The Atlantic Philanthropies has contributed $270 million so far to the making of Mission Bay.

Feeney became a signatory to “The Giving Pledge" in February 2011. In his letter to Bill Gates and Warren Buffett, the founders of pledge, Feeney wrote, "I cannot think of a more personally rewarding and appropriate use of wealth than to give while one is living - to personally devote oneself to meaningful efforts to improve the human condition. More importantly, today's needs are so great and varied that intelligent philanthropic support and positive interventions can have greater value and impact today than if they are delayed when the needs are greater."