Greater lifetime exposure to the stress of traumatic events was linked to higher levels of inflammation in a study of almost 1,000 patients with cardiovascular disease led by researchers at the San Francisco VA Medical Center and the University of California, San Francisco. 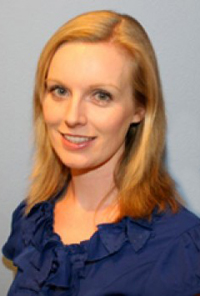 In the first study to examine the relationship between cumulative traumatic stress exposure and inflammation, the scientists found that the more traumatic stress a patient was exposed to over the course of a lifetime, the greater the chances the patient would have elevated levels of inflammatory markers in his or her bloodstream.

“This may be significant for people with cardiovascular disease, because we know that heart disease patients with higher levels of inflammation tend to have worse outcomes,” said lead author Aoife O’Donovan, PhD, a Society in Science: Branco Weiss Fellow in psychiatry at SFVAMC and UCSF.

The study was published electronically in February in Brain, Behavior, and Immunity.

The authors looked at exposures to 18 different types of traumatic events, all of which involved either experiencing or witnessing a direct a threat to life or physical integrity, in 979 patients age 45 to 90 with stable heart disease. They then measured a number of clinical markers of inflammation that circulate in the bloodstream, and found a direct correlation between degree of lifetime stress exposure and levels of inflammation.

“Even though we lost some study participants because they died, we still observed the same relationship in those who remained,” O’Donovan said. “This suggests that it wasn’t just the people who were the most sick at the outset who were driving this effect.”

Senior investigator Beth Cohen, MD, a physician at SFVAMC, emphasized that the effect remained even after the researchers adjusted for psychiatric diagnoses such as post-traumatic stress disorder (PTSD), anxiety and depression.

“Not everyone who is exposed to trauma develops PTSD,” said Cohen, who is also an assistant professor of medicine at UCSF. “This study emphasizes that traumatic stress can have a long-term negative impact on your health even if you don’t go on to develop PTSD. It also tells us that, as clinicians, we need to think about not just which diagnostic box someone might fit into, but what their lifetime trauma exposure has been.”

Although the study did not probe the potential causes for the link between lifetime stress and inflammation, O’Donovan offered one possible explanation.

“We know that in the aftermath of traumatic stress, people become more sensitive to threats,” she said. “This is actually pro-survival, because if you’re in a dangerous environment, that alertness can help you avoid future harm.”

Cohen noted that “this is a study of older people, and the cumulative effects that decades of traumatic experiences have on their bodies. If we could intervene with young people,” she said, “using techniques that we know help fight stress, such as exercise, yoga and other integrative health techniques, it would be interesting to know if we might be able to prevent some of this.”

The study subjects were all participants in the Heart and Soul Study, an ongoing investigation into the link between psychological factors and the risk of heart events and mortality in patients with stable heart disease. The Heart and Soul study is directed by Mary Whooley, MD, a physician at SFVAMC and a professor of medicine at UCSF.

Co-authors of the study are Thomas Neylan, MD, of SFVAMC and UCSF, and Thomas Metzler, MA, of SFVAMC.

The study was supported by funds from the National Institutes of Health, the U.S. Department of Defense, the Irene Perstein Foundation, the Department of Veterans Affairs and a Society in Science: Branco Weiss Fellowship. Some of the funds were administered by the Northern California Institute for Research and Education.