Physical violence, sexual abuse and other forms of childhood and adult trauma are major factors fueling the epidemic of HIV/AIDS among American women. Scientists have known for years that traumatized women are at greater risk of becoming infected.

Now, two new studies from the University of California, San Francisco (UCSF) and Harvard Medical School demonstrate that a high rate of trauma among women already infected with HIV also plays a role in the epidemic.

Described in back-to-back papers in the journal AIDS and Behavior, the new work demonstrates that women with HIV are exposed to trauma and suffer from posttraumatic stress disorder (PTSD) at rates far higher than those occurring in women in general.

The work may help to reframe many types of discussions about HIV/AIDS so that more clinicians take trauma into account when working with their patients.

Traumatized women fare worse in treatment for HIV/AIDS than women who have not suffered traumatic stress. Trauma also puts women in situations where they are more likely to spread the virus. 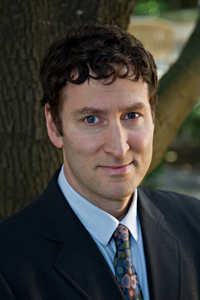 “For a long time we have been looking for clues as to why so many women are becoming infected with HIV and why so many are doing poorly despite the availability of effective treatment,” said Edward Machtinger, MD, who directs the Women’s HIV Program at UCSF and who was the co-principal investigator on both studies. “This work clearly shows that trauma is a major factor in the HIV epidemic among women.”

How Trauma Contributes to HIV/AIDS in Women

The new work helps understand some of the problems helping to drive the epidemic among American women, an epidemic that particularly impacts women of color.

Previous studies have shown that trauma contributes to the HIV/AIDS epidemic among American women because it is associated with variety of risky situations and behaviors among at-risk HIV-negative women and girls. But until now, no definitive estimates existed of the rates of trauma and PTSD among women and girls already infected with HIV.

In a companion paper, the scientists sought to determine why so many women with HIV fare so poorly when taking HIV/AIDS drugs and also why many end up in situations where they could transmit the virus to others. To do so, the scientists analyzed detailed clinical and behavioral data collected from 113 women and female-identified transgender women in San Francisco who have HIV/AIDS.

The analysis revealed that ongoing trauma was strongly associated with both treatment failure and with risky situations and behaviors. Specifically, the study demonstrated that HIV-positive women who report recent trauma had more than four times the odds of experiencing virologic failure, a situation where the HIV virus becomes detectable in the blood despite being on antiretroviral mediations. This situation can lead to HIV-related illnesses and to the virus developing resistance to the antiretroviral medications. The work also revealed that women who had suffered recent trauma were more almost four times more likely to have had sex with someone without the virus or whose HIV status was unknown to them, and to not always use condoms with these partners.

This has important public health consequences, said Machtinger. People failing their medications are particularly infectious because their virus is not suppressed. If they have unprotected sex with someone who does not already have HIV, there is a higher risk of further infection.

“Women who report experiencing trauma often do not have the power or self-confidence to protect themselves from acquiring HIV,” Machtinger said. “Once infected, women who experience ongoing abuse are often not in positions of power to effectively care for themselves or to insist that their partners protect themselves. Effectively addressing trauma has the potential to both improve the health of HIV-positive women and that of the community.”

The study was not large enough to determine exactly how recent trauma leads to treatment failure; one possibility is that suffering trauma interferes with a woman’s ability to take her HIV medications as consistently as necessary. The authors also believe that, for some women, substance abuse and depression are closely related to trauma and that all may contribute to the poor outcomes seen in the study.

The work identified very simple screening questions for recent and lifetime trauma which could be readily used in clinical practice. According to Jessica Haberer, MD, MS, of Harvard Medical School, “Our studies have the potential for immediate clinical impact in that we ascertained practical ways for clinicians to identify patients at risk.”

For example, asking a simple question about recent trauma may help identify patients at higher risk for poor health outcomes and risk of further transmission. This may allow for a more effective allocation of scarce clinic and community resources, such as safety assessment, trauma-related therapy, medication-taking support and transmission-prevention counseling.  The authors also believe that efforts to treat substance abuse and depression may be more effective if such counseling acknowledges that ongoing trauma may be contributing to both conditions.

“We have to learn to ask about trauma and to develop creative approaches to trauma-prevention and trauma-recovery,” Machtinger said. “This is actually an amazing opportunity to have a significant impact on the HIV/AIDS epidemic, especially among minority women.”

The article, “Recent Trauma is Associated with Antiretroviral Failure and HIV Transmission Risk Behavior among HIV-positive Women and Female-identified Transgenders" by E. L. Machtinger, J. E. Haberer, T. C. Wilson, and D. S. Weiss will be published online by the journal AIDS and Behavior this month. Once the article appears online, it will be accessible at: http://dx.doi.org/10.1007/s10461-012-0158-5