A study purporting to show a cause-and-effect link between abortion and subsequent mental health problems has fundamental analytical errors that render its conclusions invalid, according to researchers at UCSF and the Guttmacher Institute. This conclusion has been confirmed by the editor of the journal in which the study appeared. The study, by Priscilla Coleman and colleagues, did not distinguish between mental health problems that arose before abortions and those that occurred afterward, according to researchers. 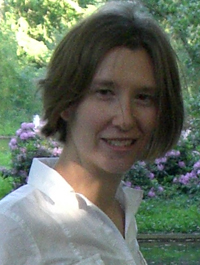 The study by Coleman and colleagues was published in the Journal of Psychiatric Research in 2009. A letter to the editor by UCSF’s Julia Steinberg and Guttmacher’s Lawrence Finer in the March 2012 issue of the same journal details serious methodological errors. Significantly, the journal’s editor and the director of the data set used in the study conclude in an accompanying commentary that “the Steinberg-Finer critique has considerable merit,” that the Coleman paper utilized a “flawed” methodology and that “the Coleman et al. (2009) analysis does not support [the authors’] assertions.”

Steinberg and Finer initially published an analysis in 2010 in the peer-reviewed journal Social Science and Medicine showing that the findings of the 2009 Coleman study were not replicable. “This is not a scholarly difference of opinion; their facts were flatly wrong. This was an abuse of the scientific process to reach conclusions that are not supported by the data,” said Julia Steinberg, an assistant professor in UCSF’s Department of Psychiatry. “The shifting explanations and misleading statements that they offered over the past two years served to mask their serious methodological errors.”

The errors are especially problematic because Coleman later cited her own study in an analysis combining the results of several studies looking at abortion and mental health, according to the researchers. The meta-analysis, populated primarily by Coleman’s own work, has been sharply criticized by the scientific community for failing to evaluate the quality of the included studies and for violating well-established guidelines for conducting such analyses, according to researchers.

Steinberg’s work on the 2010 analyses was done as part of the Ellertson Postdoctoral Fellowship in Abortion and Reproductive Health at UCSF. Her work is currently funded by a Building Interdisciplinary Research Careers in Women's Health (BIRCWH) grant from the National Institutes of Health.