At two of the largest hospitals near downtown Oakland, doctors have heard the same story so many times from young African-American men undergoing treatment for HIV/AIDS that they practically know it by heart.

They felt ostracized during their teen years. They first explored their sexual identities in secret. Their earliest encounters were covert trysts. But after a while, they found what they thought to be true love and acceptance in the arms of a much older man—whom they later discovered exposed them to HIV. 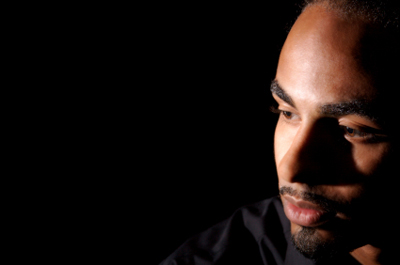 All these stories point to one thing, said Kathleen Clanon, MD, ACMC, an attending physician and the former chief of HIV services at Highland Hospital, part of the county medical center and one of the main facilities treating people with HIV/AIDS in Oakland. If the medical community is to effectively confront the HIV/AIDS epidemic in Oakland, she said, it needs to connect with communities like the one these young men belong to: a loose-knit, insular, hidden and particularly vulnerable group made up of individuals who may not know they are at high risk and may not be receiving the information they need to protect themselves.

“If we could really reach out to them effectively, we wouldn’t see new cases in Alameda County,” Clanon said.

The Epidemic Across the Bay

In the Bay Area and the United States as a whole, the HIV/AIDS epidemic continues to spread, particularly in urban areas and within certain populations such as young African-American men.

With changes and cutbacks in health care funding looming, Oakland doctors are concerned they may not be able to adequately address their community’s needs.

For decades, the University of California, San Francisco (UCSF) and the San Francisco General Hospital and Trauma Center (SFGH) have led the medical establishment worldwide in patient care, professional training and research related to HIV/AIDS. Along with the San Francisco Department of Public Health and the greater medical community in the city, UCSF has helped set the standard for care for this disease since the earliest days of the epidemic. UCSF and SFGH are both places where people with HIV/AIDS get some of the best care in the world.

Just 10 miles away, across the Bay Bridge in Oakland, patients also receive excellent care – assuming they are diagnosed and linked to care. Many of them are not.

Doctors in Oakland describe a smoldering epidemic, growing larger every year, that is in some ways more hidden than the epidemic in San Francisco. Providing world-class care to patients there is only one part of the challenge. Finding people at high risk, getting them tested, helping them avoid the virus or linking them to care if they are already infected are also huge issues that contribute to the overall nature of AIDS in Oakland.

His statistics show that the epidemic in Oakland closely follows national trends, with more infections appearing among women, people of color, and young people. Other urban centers in California face very different epidemics. San Francisco has a much larger gay population affected by the disease and Los Angeles has many more Latinos.

That only includes those diagnosed, and counted. Francis adds that the lack of a centralized approach, added to the covert nature of homosexuality among some urban African-American men, makes it particularly difficult to know how many undiagnosed infections exist in Alameda County, which includes Oakland. “We know we’re undercounting, and we know the epidemic is getting worse,” he said.

Clanon estimates the actual number is closer to 9,000 people, with about 5,000 -6,000 in care at Highland Hospital, the East Bay AIDS Clinic Kaiser Permanente sites,  and at smaller clinics and private practices scattered across the county. The city and county of San Francisco, by comparison, has more than 15,000 people living with HIV/AIDS in a population about half the size of Alameda County.

Identifying the people who are not yet diagnosed is one of the keys to turning the tables on the epidemic. Yet, when these people are hard to identify, it is also one of the core challenges, especially when it comes to young men having sex with other men.

Doctors in Oakland worry that their inability to reach such at-risk populations before they are exposed to the virus keeps the epidemic moving upward.

“We worry that not only do we not have the right preventive messages but we’re not giving them in the right places either,” said Jeff Burack, co-medical director of the East Bay AIDS Center.

According to Howard Edelstein, MD, a doctor at the Alameda County Medical Center in Oakland who also specializes in HIV/AIDS care, somewhere between a third to half of the patients they see already have advanced AIDS when they come in for the first time. This makes their treatment more complicated because people with advanced AIDS are generally sicker and may have more co-infections and other complications.

HIV/AIDS Funding: The Question of Ryan White and Medi-Cal

The impending crisis over funding for HIV/AIDS in general creates a sense of urgency. Like many parts of the country, Oakland may be facing thinning resources just as its patient pool expands. For now, though, a major amount of financial support pours into the city from federal and state programs that help to pay for antiretroviral drugs and other services for people with HIV/AIDS.

The federal Ryan White Care Act alone provides about $7 million a year for the care of low-income people with the disease in Oakland, Clanon said. That money pays for doctors, social workers, nurses, support staff and numerous clinic programs. But most of all, it pays for drugs. The law enables people to begin taking drugs right away, often the same day they are diagnosed and even before they can document their income and residency requirements.

“It has been the cornerstone of care for poor people with HIV,” Clanon said. She estimates that two-thirds of the 1,200 patients undergoing treatment for HIV/AIDS at the county hospital are supported by this federal funding mechanism.

At the East Bay AIDS Center, which currently sees about 1,400 patients, Ryan White funding is the sole source of support for nearly 200 patients, including most of the 110 HIV-positive youth in care (ages 15-24).

Nationally, the Ryan White Act provides about $2 billion a year to hospitals and clinics across the United States. It is unclear what will happen to this funding after 2013, when the current authorization is due to expire. When this expiration loomed in the past, the Congress reauthorized the funding.  But in the current political and economic climate, no one is counting on that.

“The smart money, at the moment, is that it will either be greatly changed or will go away in 2013,” Clanon said.

Meanwhile, the patient population in Oakland continues to grow. In addition to the large caseload of existing patients, doctors at the East Bay AIDS Center added three or four additional patients per week last year. The county hospital is also adding hundreds of new cases annually.

Many of the patients in Oakland rely on state Medi-Cal funds, a health insurance program for low-income Californians that also faces an uncertain future. State cutbacks to Medi-Cal already have made it difficult for some patients to find specialized treatment because fewer and fewer doctors are accepting the public insurance.

Many of the people with HIV/AIDS in San Francisco are in the same situation as people in Oakland with respect to federal Ryan White funding and state Medi-Cal issues. Many also face the same complicating societal issues—homelessness, unemployment, poverty, food insecurity, drug addiction and so on.

“It is very heavily an epidemic of the disenfranchised,” Francis said.

In part because of such similarities, medical collaborations and other exchanges long have occurred on both sides of the Bay. UCSF and SFGH are both major training grounds for doctors who specialize in HIV/AIDS, and numerous research collaborations exist across the Bay Bridge as well.

Edelstein has participated in collaborations with UCSF researchers on a number of studies, including an ongoing trial called Intervention for those Recently Informed of Seropositive Status (IRISS), which looks at the effect of early psychiatric interventions for people with HIV and depression, a common reason why people with HIV/AIDS fail to adhere to their drug regimens.

Still, even if there is a strong sense of shared mission among doctors in San Francisco and in Oakland, differences remain. “We really don’t have anything close to what San Francisco has in terms of money and manpower to address HIV,” Francis said.

Clanon summed up the difference with a statement attributed to the Mexican politician Porfirio Diaz. President of Mexico for 40 years beginning in the 1870s, Diaz allegedly described his country using the phrase, “So far from God, so close to the United States.”