An analysis of hundreds of reviews posted to physician-rating sites on the Internet revealed that patients generally give their doctors favorable reviews in this forum. If they complain, it is generally about the experience of going to the doctor — finding parking, long waits in the office, and unfriendly office staff. 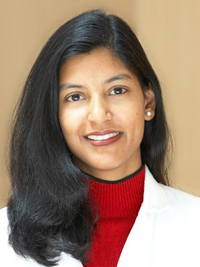 The results of the study, which looked at 712 reviews of 455 doctors in four large urban areas (Chicago, New York, Atlanta and San Francisco) surprised the researchers, based at the University of California, San Francisco (UCSF) and the San Francisco General Hospital and Trauma Center (SFGH).

The study looked at specifically reviews posted at the sites at Yelp.com and RateMDs.com about doctors in those four cities.

"Physicians are very concerned about having unfiltered, anonymous reviews out there on the Internet," said Urmimala Sarkar, MD, MPH, an assistant professor at UCSF Division of General Internal Medicine and the Center for Vulnerable Populations at SFGH, who led the study.

Compounding the fear of negative reviews online, said Sarkar, is the fact that the 1996 federal law known as the Health Insurance Portability and Accountability Act (HIPAA) prevents doctors from responding substantively to comments posted anonymously from patients. Doing so could be considered a breach of doctor-patient confidentiality and a violation of the HIPAA act.

Doctors are also aware, she said, that information posted online can take on a life of its own, existing permanently for colleagues and future employers to see. Prospective patients may use such information to select their physicians, and reports from the Pew Internet & American Life Project have found that a majority of Americans who have access to the Internet seek health information on there.

While the ratings the team reviewed ranged widely in style, sophistication and level of analysis, approximately 63 percent of the reviews were positive and went so far as to recommend the physician.

What Matters to Patients is Also the Experience

There were negative comments about doctors — including one that simply stated "I wouldn't take my dog to him," but these were an exception. Moreover, it generally was not the doctors' own expertise and bedside manner that drove negative ratings, though bedside manner was important to patients.

Instead, it was the whole healthcare experience that stirred patients’ ire. Common complaints included difficulties parking and booking appointments, long waits in waiting rooms and perceived discourteous manners of receptionists and staff.

“These elements are as much a part of the health care experience for patients as the time they spent with the doctor,” said Sarkar, and there is an important lesson for doctors, group practices and medical centers in this.

While any specific statement posted online should be taken with a grain of salt, she said, anonymously posted doctor reviews can nevertheless reveal the unfiltered perspectives of patients that could be as relevant to doctors as they would be to any business discussed in a public forum.

"To the extent that people are revealing specific information that is relevant to you, the reviews are useful," said Sarkar.

The article, "What Patients Say About Their Doctors Online: A Qualitative Content Analysis" by Andrea López, Alissa Detz, Neda Ratanawongsa, and Urmimala Sarkar appears in the Journal of General Internal Medicine.

This work was supported by the Agency for Healthcare Research and Quality and by the National Center for Research Resources, one of the National Institutes of Health.