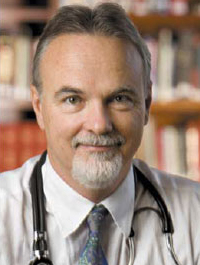 UCSF and its affiliate Blood Systems Research Institute (BSRI) have been awarded nearly $33 million in research contracts for four projects as part of a major new research initiative designed to improve the safety and effectiveness of blood transfusions in the United States and abroad.

“For decades, transfusion safety research has focused on blood donors and infectious disease testing — now for the first time, we will be looking at the patients who receive blood transfusions,’’ said Edward L. Murphy, MD, MPH, professor in the UCSF Departments of Laboratory Medicine and Epidemiology/Biostatistics and senior investigator with the BSRI.

Another project will look at use of plasma, currently thought to be overused for clotting disorders, Murphy said.

UCSF and BSRI also feature prominently in the international component of the initiative:  collaborative research will be conducted in Brazil and South Africa (Johns Hopkins will partner with China for the third site). International projects will focus on prevention of transfusion-transmitted infectious diseases such as HIV, dengue virus and Chagas disease. The researchers also will study obstetric hemorrhage and increased recruitment of black blood donors in South Africa as well as the treatment and genetics of sickle cell disease in Brazil.

BSRI was additionally awarded the contract for a central laboratory that will provide laboratory support and expertise to the seven clinical centers in the U.S. and overseas.

“One of the things that enabled these projects to occur is the partnership between UCSF and BSRI,’’ said Murphy. “The collaborative culture of UCSF has helped enormously.’’

The project will also use resources of the UCSF Clinical and Translational Sciences Institute.

The overall research initiative totaling $87.2 million is funded by the NIH’s National Heart, Lung, and Blood Institute (NHLBI). The research program will build upon and extend the findings of prior projects that began in 1989 in response to the emerging HIV/AIDS epidemic. As the risk of transfusion-transmitted HIV, Hepatitis B and C viruses and West Nile virus has diminished, REDS-III will shift focus toward several new research areas including health outcomes in transfused patients, health screening of blood donors and even genetic studies in the blood bank setting.

“This research effort will protect both blood donors and recipients from existing and future risks, benefitting both the United States and countries struggling to ensure blood safety and availability,’’ said Susan B. Shurin, MD, acting director of the NHLBI.

Murphy said that the nature of blood transfusions has changed dramatically in recent decades since the advent of HIV.

“Before then, physicians used to transfuse much more liberally,’’ he said. “But HIV and other diseases changed transfusion practice — blood should be given based upon evidence-based guidelines, not just because there is a drop in hemoglobin.’’