Low level HIV viremia – the presence of HIV in the bloodstream at levels undetectable by standard tests – was not associated with increased blood markers of inflammation or coagulation, or with increased risk of death, in adults taking highly active anti-retroviral therapy (HAART) for HIV infection, in a study led by researchers at the San Francisco VA Medical Center (SFVAMC) and the University of California, San Francisco (UCSF). 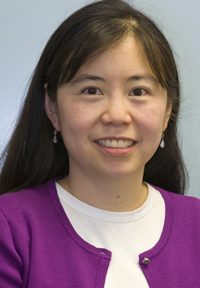 “This answers an important question in the HIV research and patient community, namely whether low level viremia is associated with persistent immune activation in patients being treated for HIV,” said senior investigator Phyllis C. Tien, MD, an SFVAMC physician and an associate professor of medicine at UCSF.

The study was published on November 2 in PLoS One.

Patients on HAART generally are monitored every three months, said Tien, with the goal of maintaining their virus levels below the limit detectable by standard tests – 50 to 75 copies of virus per milliliter of blood, depending on the test. However, she said, studies have shown that even among patients on HAART with low levels of virus, elevations in markers of inflammation and coagulation are associated with an increased risk of cardiovascular disease and death. Thus, she said, “researchers have been wondering whether circulating virus below the lower limit of detection might be associated with immune activation and inflammation.”

Tien and her team analyzed blood samples from 1,116 HIV-infected participants in the Study of Fat Redistribution and Metabolic Changes in HIV Infection, an ongoing nationally representative longitudinal study of HIV-infected adults in the United States – making it “the largest study to date to look at this question,” said Tien.

The testing was performed by Roche Molecular Diagnostics, which used a newly approved assay to measure the presence of virus below the clinically approved limit of 20 copies of virus per milliliter of blood.

“Contrary to presumptions in the field,” said Tien, the assay did not find that low level viremia was associated with elevated levels of IL-6, a marker of inflammation, or fibrinogen, a marker of coagulation. Furthermore, there was no association between any level of virus and the presence of C-reactive protein – another marker of inflammation – or increased risk of death.

The investigators found that levels of virus higher than 10,000 copies per milliliter were associated with elevated IL-6 and fibrinogen. “This makes sense,” Tien said. “The more virus that is detectable and replicating, the higher the likelihood of inflammation.”

The study indicates that researchers “need to expand research efforts”  to look for other mechanisms of HIV-associated immune activation and inflammation that are independent of viral replication, said Tien. “Besides the blood stream, replication and/or persistence of virus may still be occurring in reservoirs such as lymph nodes, the central nervous system and the gut,” she said.

The study was supported by funds from the National Institutes of Health, some of which were administered by the Northern California Institute for Research and Education. HIV viral load testing was supported by Roche Molecular Diagnostics.