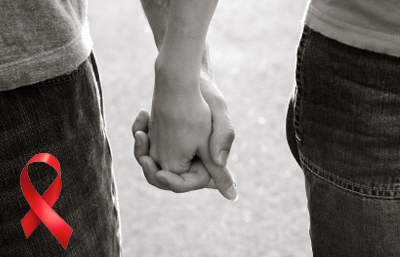 As one of the preeminent health sciences research and education institutions in the world, UCSF emerged early as a pioneer in the fight against AIDS. Three decades later, UCSF is working on multiple fronts to prevent, treat and stop the spread of the disease.
Read more

A drug once taken by people with HIV/AIDS, but long ago shelved after newer, modern antiretroviral therapies became available, has now shed light on how the human body uses its natural immunity to fight the virus — work that could help uncover new targets for drugs. Read more

The Coming Dearth of Doctors who Specialize in HIV/AIDS

At hospitals and clinics across the nation, chances are good that people with HIV/AIDS seeking treatment will meet with their doctors in outpatient settings – going to scheduled appointments for what have become routine visits. Read more

Thirty years after the first cases of HIV/AIDS were reported in San Francisco, Los Angeles and New York, experts believe the epidemic has reached an important crossroads, where new infections can be warded off in a wide variety of ways. Read more

Ellen S. Schell, RN, PhD, director of International Programs for the Global AIDS Interfaith Alliance and an associate adjunct professor in the UCSF School of Nursing, reflects on the 30-year battle against HIV/AIDS in this perspective. Read more

A cheaper laboratory test that helps guide anti-retroviral drug treatment for people with HIV/AIDS may be just as effective as a more sophisticated test, a group of international researchers has found – a discovery that could be particularly important in rural Africa. Read more

Close to 300 UCSF walkers were among an estimated 25,000 walkers who have raised more than $3 million to benefit HIV/AIDS services in the Bay Area, including some at UCSF. This year's UCSF team surpassed the fundraising goal of $55,000.
Read more

Learning Lessons From an HIV Cure

For doctors who dream of confronting the AIDS epidemic, past ambitions always boiled down to two main goals: prevention, or finding ways to protect people not yet exposed to HIV, through vaccines, safe sex education or other means; and treatment, or discovering effective drugs and providing them to people with HIV/AIDS, helping them live longer.
Read more

Doctors and other health care professionals packed into San Francisco General Hospital’s Carr Auditorium for the June 7 medical grand rounds, commemorating the 30th anniversary of the first AIDS report to the US Centers of Disease Control (CDC) and Prevention. Read more

San Francisco General Hospital's internationally renowned Ward 86 has from the start of the epidemic led efforts to understand HIV and develop treatments that make it possible for patients to manage the disease. Read more

Treatment is Key to Prevention of HIV/AIDS, Doctors Say

Preventing transmission to partners or children is key to this curbing the HIV/AIDS epidemic and researchers report t exciting new tools and tactics employed in the now 30-year war against the disease. Read more

Thanks to life-saving treatment, in a few years most people in the United States living with the AIDS virus, HIV, will be more than 50 years old. But even among the successfully treated, HIV, is associated with chronic inflammation, and higher rates of chronic diseases of aging. Inflammation may be a driver of aging, some scientists believe, and HIV patients may be vulnerable to accelerated aging as a result.
Read more

A first-of-its-kind international meeting in Kampala, Uganda last month drew together investigators from across all of Sub-Saharan Africa to discuss leading-edge problems in the HIV/AIDS epidemic. Read more

Thirty years into the fight against HIV/AIDS, UCSF has helped change the course of this deadly disease that has claimed the lives of 33 million people worldwide. This timeline takes a look at the highlight over the past three decades at UCSF, in the nation and around the world. Read more

In February 1994, UCSF Magazine reported this  list of impressive achievements in its issue titled “AIDS: Ten Years After.” Read more