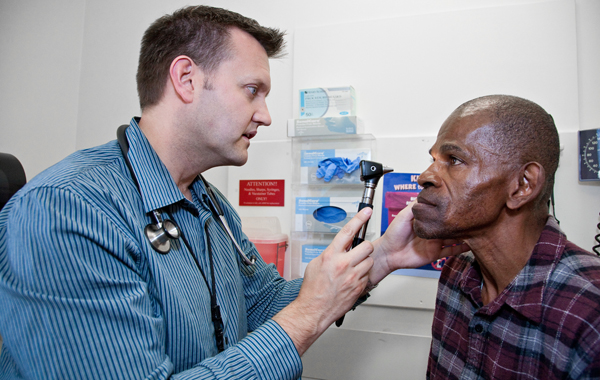 Thirty years after the first cases of HIV/AIDS were reported in San Francisco, Los Angeles and New York, experts believe the epidemic has reached an important crossroads, where new infections can be warded off in a wide variety of ways.

As we mark World AIDS Day this week, the U.S. Centers for Disease Control (CDC) and Prevention reports that more than a million Americans now live with the disease, and every year some 50,000 people in the United States alone are newly infected.

The key to reversing that trend will be combining new and old prevention methods and tailoring them to the needs of different cities and even neighborhoods, said doctors and researchers who have long worked on the front lines of the epidemic at the University of California, San Francisco (UCSF) and San Francisco General Hospital and Trauma Center (SFGH). That approach could alter the prospects for HIV prevention as dramatically as combinations of drugs in the 1990s changed its treatment. 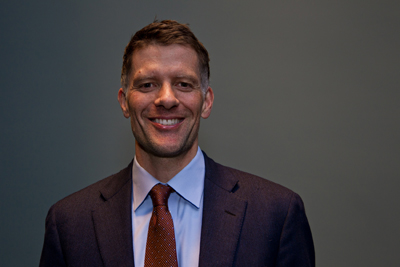 “We have the tools to make a huge impact on this epidemic,” said Grant Colfax, MD, an assistant clinical professor of medicine at UCSF and the director of HIV Prevention and Research for the San Francisco Department of Public Health.

For years, prevention efforts have focused on disseminating messages to the public and promoting such protections as condom use and clean needles. These remain cornerstones of prevention and, when properly used, they effectively halt the spread of HIV. But today they represent only two tools among many.

“Those are still important, but there are these other approaches that are now part of what we’re doing and the way we are thinking,” said Steve Morin, PhD, chief of the Division of Prevention Science in the Department of Medicine at UCSF. “Really the challenge is to implement them.”

One of these new approaches is pre-exposure prophylaxis, or PrEP, which aims to prevent transmission by giving antiretroviral drugs to uninfected people at high risk of infection. The concept is that the drugs will prevent them from catching the virus based on promising results from clinical studies carried out by researchers at SFGH, UCSF, and the affiliated Gladstone Institute of Virology and Immunology.

Lots of questions remained unanswered: Which individuals and communities will benefit from PrEP? How can they be reached? Will those at high risk of HIV want to participate and who will pay for the drugs if demand is high? Several demonstration projects are being planned to show how PrEP works over time; the San Francisco Department of Public Health, in collaboration with several UCSF researchers, is expected to launch one of the first projects in the spring. 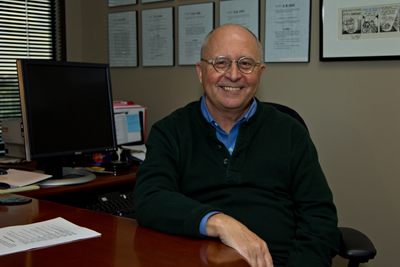 A second new approach to preventing the spread of HIV involves treating people already infected. A recent clinical trial, known as HPTN 052, showed that when people with HIV took antiretroviral drugs, their partners were 96 percent less likely to contract the virus.

“It’s a pretty remarkable result,” Morin said. Although the trial looked at couples where one partner was infected and the other was not, it suggested that administering treatment earlier could significantly curtail transmission in the broader community. Earlier studies had indicated that administering treatment earlier is preferable for those infected, significantly extending their lives.

In Africa, where health infrastructure and the number of health professionals are already grossly inadequate, early treatment makes sense at many levels. “If you find people earlier and earlier in the disease and keep them healthier, you need clinics. If you wait until they get sick, you need hospitals,” said Diane Havlir, MD, the chief of the HIV/AIDS division at SFGH and a UCSF professor of medicine.

Underlying both new approaches is HIV testing, advocated for years by the CDC and public health departments in cities and states. In many populations, these messages have resonated. “Over half of the gay men in San Francisco test at least once every six months,” Morin said.

Nevertheless, the CDC estimates that across the country 21 percent of those with HIV still do not know they are infected. In the last few years, new policies and technologies have emerged that may help close this gap.

For instance, in 2006, the CDC changed its testing recommendations, calling on doctors to routinely offer HIV tests to all patients ages 13 to 64. This was a fundamental shift from earlier CDC recommendations, which had called for targeted “risk-based” testing. To comply with such universal testing, about half of the states passed privacy and consent laws in the last few years allowing doctors to routinely test.

The tests also have changed dramatically. The availability of rapid testing, developed for Africa, allows doctors to determine someone’s HIV status within hours as opposed to days.

This revolutionary change has enabled emergency departments at hospitals like SFGH to test people as they arrive – often with broken arms or other illnesses unrelated to HIV – and identify those who otherwise might not know they have the virus. Those people then can immediately be linked to care. 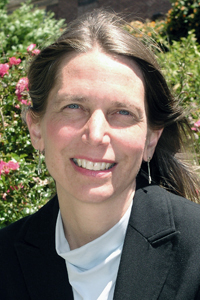 How that care is delivered also is changing. For many years, the standard of care for people with HIV called for prescribing antiretroviral drugs only after their immune systems began to succumb to the virus. Now many argue that by immediately initiating treatment and linking people to care, the number of new cases will decrease and those with the disease will fare better.

Last year Havlir’s team – led by Brad Hare, MD, an assistant clinical professor of medicine at UCSF and medical director of the UCSF Positive Health Program at SFGH – recommended HIV treatment for everyone infected with the virus. This policy was adopted by the San Francisco Public Health Department, making San Francisco the first city in the nation to recommend immediately offering treatment to those infected.

“We now have proof of concept in both maternal-fetal transmission and sexual transmission that antiretroviral treatment and subsequent virologic suppression prevents HIV transmission,” Das said. “We have ecologic data from countries like Taiwan, regions like British Columbia and here in San Francisco, that increasing the uptake of antiretroviral treatment can increase the proportion of the HIV-positive population that is virologically suppressed.”

Das has pioneered the development of a measure known as community viral load, which assesses the average amount of virus in a community or neighborhood. “Expansions in testing and increased uptake in treatment in San Francisco over the past several years have resulted in dramatic declines in community viral load and this has been associated with fewer new HIV infections,” she said.

Other health departments in cities and states across the country are closely watching how this plays out. If this increased emphasis on a “test and treat” approach improves the health of people with HIV/AIDS, and has the added benefit of reducing new HIV infections, more health departments may adopt the approach.

Mathematical models produced by UCSF and SFGH researchers have shown that the overall number of new HIV infections in San Francisco should begin to significantly drop with increased testing and treatment among gay men. And though they are still analyzing the data, early indications show that more San Franciscans are in treatment under the new policy.

Preliminary analyses of San Francisco Department of Public Health HIV/AIDS surveillance data demonstrate that some clinicians already were initiating treatment earlier due to growing evidence it is beneficial. The average time from diagnosis to achieving virologic suppression declined from 32 months in 2004 to eight months in 2008.

Historically, Colfax said, the world of HIV research was largely divided into two domains: prevention and treatment. Now, he said, many in the field are beginning to recognize that the two go hand-in-hand.

Experts agree that for combined approaches to preventing HIV to turn around the epidemic in San Francisco and elsewhere, they will have to be tailored to each city or state, taking into account many social and economic factors.

Underlying issues relate to the stigma of HIV testing remain. Many people with HIV are homeless, complicating outpatient care, or are poor and face job, housing and food insecurity. Many are addicted to drugs and have a range of psychiatric, legal, financial and other problems. All these factors confound treatment – and they vary dramatically from place to place.

Some cities, like Los Angeles, have large populations of undocumented immigrants who may fall into gaps in the health care system. Some cities have large homeless populations. San Francisco has one of the most concentrated epidemics among gay men. New Haven and Baltimore (and individual neighborhoods in other cities, such as the Tenderloin district in San Francisco) have huge populations of intravenous drug users whose needle sharing plays a major role in the spread of infection.

A new pilot program led by the CDC and supported by all federal agencies that fund work on HIV/AIDS aims to cut through these differences by working with state and local health departments to tailor approaches to prevention in a dozen cities across the country, including San Francisco.

The 12 cities initiative, as it is known, is a first attempt to look objectively at key populations and steer funds to where they are needed the most and where they are likely to have the greatest effect on controlling transmission. That work would inform other cities’ approaches.

The common thread in all these cities, Morin said, may be limited funds. He and many others are skeptical that prevention resources are going to significantly expand, despite the historic crossroads now reached.

"We need to think about how we are going to accomplish this with the most efficiency,” Morin said.

Globally, opportunities also exist to significantly curb transmission, Havlir said. Although she agrees it may ultimately take a vaccine or a cure to completely end the epidemic, combined prevention approaches offer a historic opportunity.

“If we wait, the epidemic is only going to grow and the challenges, increase,” she said. “The moment to act is now.”

Photos (except for Diane Havlir) by Susan Merrell