The California Institute for Quantitative Biosciences (QB3) has signed an agreement with the Johnson & Johnson Corporate Office of Science and Technology (COSAT) to fund University of California proof-of-concept research that brings innovative science to market. 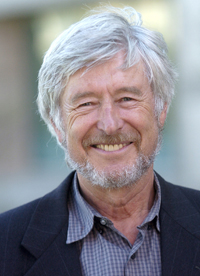 This agreement, along with the Rogers Family Foundation of Oakland, helps fund QB3’s “Bridging-the-Gap” program, initiated in 2008 to support scientific projects that have high commercial potential led by faculty at UCSF, UC Berkeley and UC Santa Cruz.  These awards are intended to address the critical gap between federal funding for basic research and investments in product development.  Each award typically provides $250,000 over two years for research.

The agreement establishes the JJSI-QB3 Awards as a component of the “Bridging-the-Gap” program and calls for annual awards over the next three years.  QB3 will provide the awarded projects with services from the QB3 Startup-In-A-Box program, and potentially find space in the QB3 incubator.

“This agreement is an innovative academic-industry partnership model specifically focused on startup formation,” said Neena Kadaba, QB3’s director of industry alliances. “These awards are designed to provide a crucial amount of pre-commercial support to help would-be entrepreneurs address potential scientific risks in their technology before launching a company.”

The nine projects funded by QB3’s “Bridging-the-Gap” program to date already have resulted in five new companies and three licenses to existing firms.  The five companies formed in the past two years have raised over $9 million in private and public commercial funding.

”This agreement represents an important initiative for QB3 by providing additional opportunities for innovative researchers at our universities to create companies of value,” said Regis Kelly, director of QB3.