During a decade of receiving mammograms, more than half of cancer-free women will be among those summoned back for more testing because of false-positive results, and about one in 12 will be referred for a biopsy. 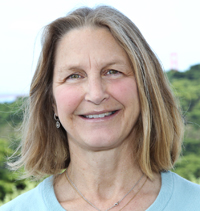 Simply shifting screening to every other year lowers a woman’s probability of having one of these false-positive episodes by about a third – from 61 percent to 42 percent – over the course of a decade.

A new study delving into false-positives in mammography looked at nearly 170,000 women between the ages of 40 and 59 from seven regions around the United States, and almost 4,500 women with invasive breast cancer. Because of the added decade of testing alone, it found, women who start mammograms at 40 instead of 50 are more likely to have false-positive results that lead to more testing.

“This study provides accurate estimates of the risk of a false-positive mammography and breast biopsy for women undergoing repeat mammography in community practice, and so provides important information about the potential harms of undergoing regular mammography,” said co-author Karla Kerlikowske, a professor of medicine at the UCSF School of Medicine.

The study will be published in Annals of Internal Medicine. The research was led by Group Health Research Institute of Seattle for the Breast Cancer Surveillance Consortium.

“Recalls’’ for a second mammogram for what turn out to be non-cancer results, known as false positives, may cause inconvenience and anxiety. Recommendations for fine-needle aspiration or surgical biopsy are less common, but can lead to unnecessary pain and scarring. The additional testing also contributes to rising medical costs.

Kerlikowske is the lead author of an additional report – to be published in the same issue of Annals – that for the first time in the United States examines the accuracy of film mammography against digital, which has increasingly replaced older film screening.

That study looked at nearly 330,000 women between the ages of 40 and 79. The data was pooled from the Breast Cancer Surveillance Consortium, a collaborative network of mammography registries in the United States.

The researchers found that overall cancer detection rates were similar for both methods. However, digital screening may be better for women between the ages of 40 and 49 who are more likely to have extremely dense breasts associated with lower cancer detection. The study also found new evidence that digital mammography is better at detecting estrogen receptor-negative tumors, particularly in women aged 40 to 49 years.

Breast cancer may not be detected, the researchers caution, if a radiologist fails to identify a visible breast lesion or if a tumor is obscured by normal breast tissue. Additionally, an imperceptible tumor may grow quickly and be discovered through a clinical exam prior to the next mammogram.

Digital mammography was developed in part to improve the detection of breast cancer in dense breasts by improving the ability to distinguish normal dense breast tissue from isodense invasive cancer.

The authors note that for every 10,000 women 40 to 49 who are given digital mammograms, two more cases of cancer will be identified for every 170 additional false-positive examinations.

Healthy women will undergo 12 screening mammograms in their lifetimes if they follow U.S. Preventive Services Task Force guidelines that recommend biennial screening starting at age 50 and continuing until age 74. This is controversial, with many practitioners recommending annual mammograms.

“We conducted this study to help women know what to expect when they get regular screening mammograms over the course of many years,’’ said study leader Rebecca Hubbard, PhD, an assistant investigator at Group Health Research Institute. “We hope that if women know what to expect with screening, they’ll feel less anxiety if – or when – they are called back for more testing. In the vast majority of cases, this does not mean they have cancer.’’

The researchers say that screening every other year would likely lessen the probability of false-positive results “but could also delay cancer diagnosis.’’ However, for those diagnosed with cancer, the authors found women screened every two years were not significantly more likely to be diagnosed with late-stage cancer compared to those screened at one-year intervals.

The study stresses the importance of radiologists being able to review a patient’s previous mammograms because it “may halve the odds of a false-positive recall.’’

Co-authors of both studies are Diana L. Miglioretti, PhD, of Group Health Research Institute, and Bonnie C. Yankaskas, PhD, of the University of North Carolina at Chapel Hill.