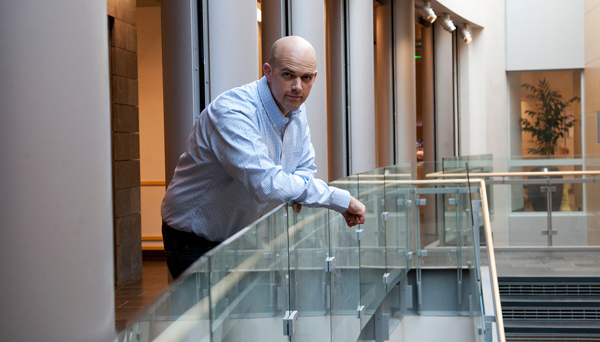 Biophysicist Adam Abate, PhD, showed up seven months late to his new faculty position at UCSF with an unusual excuse: he was busy setting up the technology for a new company based on one of the 10 patents he had received as a postdoctoral scholar at Harvard University.

Five months later, the 31-year-old physicist-turned-bioengineer was ready to start a second company, applying the science of microfluidics – a combination of engineering, physics and the chemistry of fluids on a sub-millimeter scale – to creating low-cost cancer diagnostics. This time, though, he was on his own. He had no money to start it and no legal support, and as a faculty member, he couldn’t even call himself a chief executive officer to apply for funding to hire a real one.

“In your training as a postdoc, you learn a lot about science, but you don’t learn much about commercialization,” Abate said, noting that he was lucky to have studied under a business-savvy professor, who had pushed him to patent unique inventions. “Now, I’m a professor – I want to spend my time doing research and building my lab and teaching. Unless I was willing to spend 100 percent of my time on the company, I wouldn’t even know what to do to start it.”

Directly below him in his offices at UCSF’s Mission Bay campus sat Regis Kelly, PhD, and Douglas Crawford, PhD, whose mission as director of the UCSF-based California Institute for Quantitative Biosciences (QB3) is to make it the go-to place for helping startups “go from 0 to 30.”

Since its inception in 2000 as one of four UC institutes that aim to harness technology developed on campus to promote the California economy, QB3 has launched more than 40 companies through the QB3 Garages at UCSF and UC Berkeley, as well as the QB3/Mission Bay Innovation Center across from the UCSF Mission Bay campus. Those companies and other entrepreneurs on campus have benefited from a range of services and connections through the institute, including mentorship, lab space and seed funding.

For QB3, Abate was the perfect trial candidate for a program they were just launching for exactly this purpose, called the QB3 Startup in a Box. Aimed at tearing down the obstacles for University of California entrepreneurs, the program offers guidance and connections ranging from grant-writing to business accounts to legal consultations.

It specifically benefits researchers at the institute’s three UC campuses – UC Berkeley, Santa Cruz and San Francisco – and works in tandem with a growing number of efforts on those campuses to help translate the nation’s investment in science into real-world benefit.

“We’ve gone down this path before and can help scientists do this in a couple of weeks, when it might take months or be impossible on their own,” said Crawford, who is QB3’s associate director.

Under the program, QB3 has partnered with four law firms and a bank, among them names that have become code-words for Silicon Valley startup success: Wilson Sonsini Goodrich & Rosati; Fenwick & West LLP; King & Spalding; Morgan Lewis, and Silicon Valley Bank. The partners offer their services on a pro bono basis, such as free business bank accounts and consulting on how to incorporate. 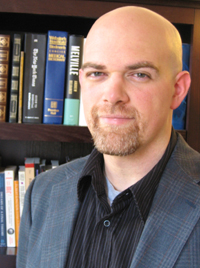 “Once I met Doug, it was like an avalanche,” Abate said. “They got me a bank and free legal support, connected me with the patent office, and put me in contact with a grant writer to help apply for a small business grant from the NIH.”

Crawford’s first question was whether Abate had applied for funding through the federal Small Business Innovation Research Program (SBIR), a federal program that offers $2 billion each year to small high-tech businesses.

“We frequently meet faculty members or postdocs with great ideas for companies, and invariably we ask whether they’ve filed for an SBIR, and they say, ‘what’s an SBIR?’” Crawford said. “Our goal is to turn all of these unknown elements of starting a company into a simple, straightforward process.”

The second question was, “Who could be your CEO so we can help you file for this grant?”

Together, Abate and the team at QB3 walked, step by step, through the process of creating his company, finding a CEO, building a small team, and filing for funding. Along the way, he met with professional grant writer Shauna Farr-Jones to start the nine-month process of filing for SBIR grants. Richard Hsu, at King & Spalding, helped him incorporate the company, and Silicon Valley Bank offered him a free business bank account. Now, QB3 is helping him assemble a team and get the counsel he needs to assess the technical risks the company might face.

The program is one step further in the effort that started in 2005, with the successful launch of the “QB3 Garage” – an incubator for UC startups that offered state-of-the-art laboratory and office facilities for startups. The program, which is down the hall from the QB3 offices in space paid for by private funds, offers small amounts of that space at the market rate, but allows entrepreneurs to lease as little as one-half of a lab bench at a time.

“As we find a barrier, we lower it,” Crawford said. “The first obstacle was space, so we started the Garage. That was a critical barrier. This is another one. We’re going to keep doing it until we’re the very best at starting up biotech companies, anywhere in the world.”