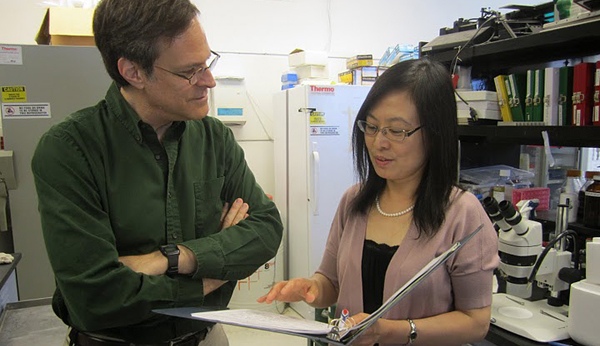 A UCSF study holds clues to why an emerging clinical trials option for heart attack patients has not been as successful as anticipated.  Treatment of human hearts with bone marrow cells has led to limited to no success in improving their heart function even though a similar method has been much more effective in rodents.

Scientists didn’t have a plausible research-based answer until now, according to the UCSF researchers. In a paper published this month in the scientific journal Science Translational Medicine, researchers offer an explanation of why a gap exists been the success of human trials and rodent experiments.

“It’s very important to consider the disease, whenever you think about treatments that involve returning cells into the same person from whom they were taken,” said the paper’s senior author Matt Springer, PhD, associate professor of medicine in the UCSF Division of Cardiology and UCSF Cardiovascular Research Institute. “The very disease you’re trying to treat might actually cause a problem for those cells, and that seems to be the case here.

A heart attack occurs about every 20 seconds in the United States with a heart attack death occurring approximately every minute, according to the Centers for Disease Control and Prevention (CDC). That translates to about 500,000 deaths from 1.5 million heart attacks. It is the leading cause of death for men and women in America.

“Heart attacks are very complicated, and are hard to treat even with pharmacology and interventional therapies,” said Xiaoyin Wang, MD, lead author, and an associate research specialist at the UCSF Cardiovascular Research Institute. “It’s difficult to get reasonable and realistic results to heal heart attacks.”

Treatment for heart attacks has had limited success. Once part of the heart tissue dies, the heart becomes weaker and doesn’t function as well as it did before the attack. That’s why Springer and his colleagues created a rodent experiment that closely mimicked real world circumstances.

They found cells from donor mice that had a heart attack were impaired, similar to the level of impairment in human bone marrow cells. The researchers also determined that cells from diseased mice were not as effective in reversing the negative effects of a heart attack as those from healthy mice. 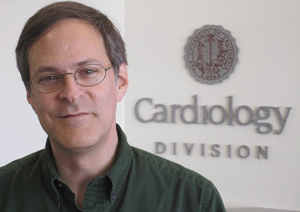 “We’ve done a bit of scientific judo,” Springer said. “Mouse experiments use a different donor from the recipient. That can be a disadvantage as a model system. We’re taking that and are using it to our advantage.”

Humans cannot receive bone marrow cells from other human beings because their immune system would naturally fight it, he said. Scientists are also looking at other types of cells for cell therapy, such as stem cells.

Researchers also hope to better understand which specific cells are problematic for heart attack recovery. Flexibility in a laboratory setting would allow scientists to remove cells to find out if they're inhibiting recovery. If researchers are able to isolate “bad” cells in rodent experiments, they may hold the key to improving treatment for heart attack patients.

“If we can solve the problem in the mice, it should be translatable to humans,” Springer said.

Researchers believe this study could take them a step closer to finding an effective treatment.

“We’re not saying we’re going to cure heart attacks in five years,” Springer said. “But if we can use studies like this to figure out why therapies are not as good as they could be, and simply do something like use a drug, or change the cells, that could conceivably be used very soon in a clinical trial.”

The study was supported by funds from the NIH and a UC Discovery Grant.