Diet, weight, exercise and other lifestyle-related factors influence vulnerability to hypertension, but researchers also believe 30 percent or more of the variation in hypertension risk among individuals is due to genetics.

High blood pressure is a leading cause of stroke, heart attack and kidney failure and affects an estimated 1 billion people worldwide. Medical researchers want to know who is at risk because of their genes. If risk genes differ among those who are susceptible to hypertension, then the favored treatment may differ among patients. 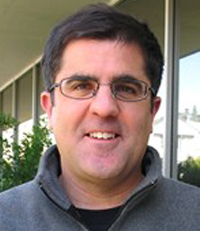 Thankfully blood pressure medications are effective for many patients, because personalized medicine for hypertension is not a field that is advancing rapidly. Blood pressure risk genes remain elusive – at least any that play a major role for most people.

The largest study to date – published in the scientific journal Nature this week – still leaves many risk genes undetected. But the search will continue, UCSF researchers say, perhaps with a shift in sleuthing strategy.

For the latest study, a team of 351 scientists in 24 countries tracked down DNA variations in global populations. The researchers analyzed DNA in 270,000 individuals from Europe, Africa and Asia.

Their research uncovered 16 new genetic variations associated with hypertension risk and validated 12 others identified in their previous research, but the influence of these variations on blood pressure is modest.

The researchers coupled clinical records with their genetic data to estimate that the variations collectively might elevate blood pressure by 4 mmHg (millimeters of mercury), about the same amount an anti-hypertensive drug might be expected to lower blood pressure on average.

The size of the study made it possible to confidently identify and validate DNA variations that have only a small influence on blood pressure, according to UCSF researcher Mark Seielstad, PhD, a co-author on the study.

“It is by brute force and size alone that allows us to detect – with statistical confidence – what are pretty subtle effects on blood pressure.”

For the newly reported study Seielstad helped analyze data from populations in Singapore.

In follow-up studies of cells growing in culture the researchers have identified biochemical pathways affected by some of suspect genes within the regions of DNA variation identified.  The research points the way for exploring new targets for drug development.

“Each of these bits of DNA is doing something physiologically to affect blood pressure, and that knowledge is itself useful,” Seielstad says.

But given the cost and the massiveness of the undertaking, not all are impressed with the results.

Theodore Kurtz, MD, a UCSF professor of laboratory medicine and a former head of the American Society of Hypertension, has some reservations about the study methods. 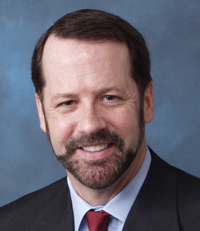 For one, researchers have long been able to identify potential hypertension drug targets through other types of studies, including research on families with unusual genetic forms of hypertension caused by very rare mutations and research into the biochemistry of known physiological mechanisms governing blood pressure.

“I think the studies had to be done, but they were very expensive and very time consuming, and took of an enormous amount of resources,” Kurtz says. “From the perspective of many scientists and physicians, so far the payoff has been disappointing.”

The resource-intensive studies that were expected to unearth key genes – called genome-wide association studies (GWAS) – have in fact resulted in many new gene suspects being identified. These common DNA variants are found in less than half of a population and in as few as 5 percent or so.

GWAS is not an unreasonable approach if one expects common variations to account for a major portion of the disease risk, Kurtz admits.

But now that the studies have been done, it may be time to try another approach, according to both Kurtz and Seielstad.

Seielstad and some other blood pressure researchers now think that a large number of more rare genetic variations, each with greater influence on blood pressure, are responsible for the bulk of the genetic component of hypertension.

GWAS – even those studies in which researchers probe the genomes of 25,000 or more participants – are ill suited to identify rare genetic variations present in fewer than about 1 in 100 people, he says.

GWAS offers a quick sweep of the entire complement of human DNA – but it is not a complete mapping. Technical advances now make it increasingly feasible to conduct letter-by-letter sequencing of the human genome on hundreds of individuals  – or at least on the bits of DNA that encode proteins. This method, called high-throughput sequencing, will turn up more uncommon genetic variations that may have a greater influence on hypertension, according to Seielstad.

“The belief is that we now have accounted for maybe 10 percent to 40 percent of the genetic variation in hypertension,” he says. “The hope now is that rarer variations will have a bigger effect on disease risk, and that we will be able to fill in the missing gaps with high-throughput sequencing.”

Private companies are now contracted to perform genomic DNA sequencing for researchers in studies that include hundreds of patients, Seielstad says.

But while you’re waiting for personalized medicine to make deeper inroads into hypertension, you can still help yourself. Whatever genes they have inherited, almost all individuals can reduce high blood pressure risks by cutting out salt from their diets and losing a few pounds if they are overweight, Kurtz says.