In a ruling that brings to a close a contentious two-year battle, a federal judge on Wednesday dismissed a lawsuit that sought to ban the use of federal funds to study any lines of human embryonic stem cells.

The judgment, by U.S. District Judge Royce Lamberth, upheld President Barack Obama’s March 2009 Executive Order allowing the use of federal funds to study human embryonic stem cells already derived by the destruction of embryos and those that would be derived in the future.

"Wednesday's ruling offers stability for a field that has been shadowed by restricted funding and political uncertainty,” said Arnold Kriegstein, MD, PhD, director of the Eli and Edythe Broad Center of Regeneration Medicine and Stem Cell Research at UCSF.

UCSF scientists explain the power and potential of stem cell research in this video.

“It will encourage junior scientists to enter the field  and provide a reliable source of funding for all stem cell researchers,” he said. “It also will relieve scientists of the burden of segregating equipment and materials used for studies long approved for federal funding, such as those involving adult stem cells, and those traditionally funded by private and state funds, thereby accelerating the pace of discovery.”

Obama’s order lifted the restrictions on federal funding established in August 2001 by then-President George W. Bush, who had ordered that federal funds be used to study only those human embryonic stem cells that had been derived before his Aug. 9 announcement.

The 2001 order reflected Bush’s recognition of the value of embryonic stem cell research, but also his moral opposition to the destruction of embryos. Obama’s order reflected the fact that very few lines existed prior to 2001, and that scientific research progress was significantly hampered by the inability of federally funded researchers to use newer, more diverse, better characterized lines.

Since President Obama’s 2009 order, the NIH has approved the use of funding for approximately 100 cell lines, up from the 21 that qualified under the Bush order.

"This ruling clears away the legal uncertainty about sustained National Institutes of Health (NIH) funding for human embryonic stem cell (hESC) research, providing the foundation for continued research advances,” said Bernard Lo, MD, UCSF professor of medicine and director of the Program in Medical Ethics. “The NIH program is on sound legal and ethical foundations.  The arguments made to challenge NIH funding were roundly rejected by the ruling, and appeals are likely to be unsuccessful."

UCSF scientists believe embryonic stem cells, which can develop into nearly every type of cell in the body, have the potential to help treat many diseases and disabilities. They are being used to study the earliest stages of disease development, and efforts are under way to use them for testing drugs in the culture dish and as cell-based therapies.

The lawsuit filed by plaintiffs James L. Sherley and Theresa Deisher claimed that, by funding human embryonic stem cell research, the NIH violated the 1996 Dickey-Wicker Amendment, which prohibits the use of federal funds for work that destroys embryos.

The Obama administration maintained it adhered to the restrictions of the Dickey-Wicker Amendment by allowing funding for studies of human embryonic stem cells, but not for studies that involved deriving the cells from embryos. 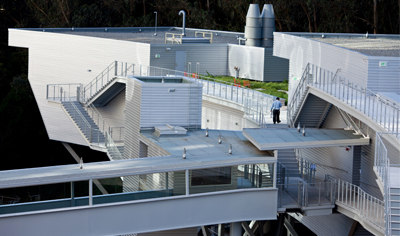 Human embryonic stem cells are extracted from the inner cell mass of blastocysts, which are three- to five- day old embryos consisting of a ball of some 50-150 cells. The derivation work is conducted with private and, in some cases, state funds, as with grants from the California Institute for Regenerative Medicine (CIRM), the stem-cell research funding agency established in 2004 through a voter-approved state bond initiative.

Judge Lamberth, first weighed in on the 2009 lawsuit in August 2010,  ordering a “temporary injunction,” or ban, on federal funding of hESC research while the case proceeded. The response to this judgment was swift.

In September 2010, the UC Board of Regents’ filed a motion to intervene in the lawsuit, and Kriegstein was one of two UC scientists to file a declaration in support of the UC motion. Ultimately, the U.S. Circuit Court of Appeals in Washington, DC, overturned Lamberth’s temporary ban.

The ruling on Wednesday offers constancy to a field that has faced political turbulence since human embryonic stem cells research began in the late 1990s, said Kriegstein. President Obama’s 2009 order galvanized the field, but the temporary injunction against the order was a jolt, putting existing NIH grants on hold and stalling funding of pending grants. While the temporary injunction was overturned, the prospects for future federal funding were uncertain. 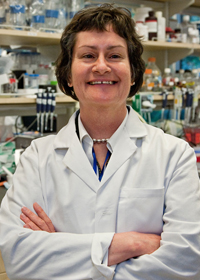 “We have made great strides in recent years despite the uncertain federal funding,” said Kriegstein, who is investigating stem cell based strategies for such  neurological diseases as Parkinson’s, epilepsy and traumatic brain injury. “We’ve learned much about the biology of human embryonic stem cells and are gaining insights into how we can use these cells to understand and treat devastating conditions, ranging from birth defects, cancer and diseases of aging to heart disease, diabetes, Parkinson's disease and spinal cord injury. However, the winds of change will affect the field.”

Susan Fisher, PhD, director of the Human Embryonic Stem Cell Program at the Eli and Edythe Broad Center for Regeneration Medicine and Stem Cell Research at UCSF, concurred. “This rulingends the very large swings in NIH policies that scientists have experienced since the lawsuit was reinstated. The unprecedented degree of uncertainty has been very unsettling, particularly for graduate students and fellows who are making career decisions.”

While the recent success in reprogramming adult skin cells to an embryonic like state has provided scientists with a potential alternative source for deriving embryonic stem cell like cells, these cells are still considered experimental. The ruling, said Kriegstein, will allow the critical comparison of these so-called induced pluripotent stem cells, or iPS cells, to true embryonic stem cells, which are still considered the “gold standard.”

Indicting the ongoing fluidity of the field, Fisher is hoping for further clarification from the NIH on embryonic stem cell lines. “We are hoping that with the conclusion of this saga the NIH will be willing to review otherhuman embryonic stem cell policies, such as those that have prevented registration of cell lines that were established at UCSF from three-day-old embryos. These lines do not conform with current government regulations that define hESCs as being derived from five-day human embryos.”

Photo of Fisher by Susan Merrell