The U.S. Medicaid program is likely paying far more than necessary for medications and not offering patients the most effective ones available, by ignoring international evidence-based lists of safe and effective medications, according to a new study by researchers at UCSF. 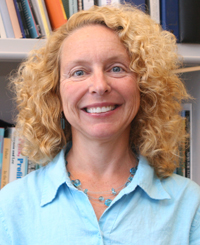 The study, which compared the Medicaid program’s Preferred Drug Lists in 40 states nationwide against the World Health Organization’s 2009 Essential Medicines List, found that the medications that are automatically paid for by the state-run Medicaid programs vary widely from state to state, with few consistent protocols or rationales for their selection, including cost, safety or effectiveness of the medication.

Findings will be published in the American Journal of Public Health and are available online ahead of the print version, at ajph.aphapublications.org/cgi/reprint/AJPH.2010.300054v1.

The WHO essential medicines concept is designed to help countries allocate limited resources to the most-needed, safest and most effective medications. The list has been updated biannually since 2002, using rigorous international standards to weigh medications’ safety and proven effectiveness, according to the researchers.

In 2007, the United Nations’ health organization found that 131 countries out of 151 surveyed use the WHO Essential Medicines List as a basis for their national formulary, but the United States is not among them.

“The United States has 51 different lists of medications that are paid for by Medicaid, and only a third of those medications consistently appear on the various lists,” said Lisa A. Bero, PhD, a professor in the UCSF School of Pharmacy. “This research suggests that Medicaid could save significant money and also provide safer and more effective medications for patients by using a more consistent approach to deciding which drugs will be covered.”

The Medicaid program currently serves 60 million low-income U.S. citizens, or about 20 percent of the population, according to the paper. It is jointly funded by the federal and state governments and is managed by the states. Each state develops its own Preferred Drug List for its fee-for-service Medicaid patients, which identifies medicines that are fully reimbursed by Medicaid without prior authorization. Prescription drug benefits are the second largest spending category for the Medicaid program.

The study set out to determine whether Medicaid patients have access to all medications listed by the WHO as essential medicines, assess how closely the state lists follow the WHO recommendations and evaluate the consistency of state lists nationwide.

At the time of the study in late 2009, only lists from 40 states and the District of Columbia could be analyzed. Nine others were not available online and Tennessee had no fee-for-service plan for its patients. Managed-care Medicaid plans follow the managed care organization’s drug formulary and are not publicly available.

The group identified 369 medicines in the nine therapeutic classes that had the highest annual Medicaid reimbursements and also were addressed by the WHO list. Those include medications for asthma, depression, diabetes and hypertension, among others.

All but six of the 120 WHO medications in those categories also appeared on most of the states’ lists, but their use was inconsistent across the lists. The study found that an additional 249 medicines only appeared on state lists and were not considered as the most effective and safest medications by the WHO.

“The issue is not that our patients cannot get the WHO-recommended medications, but that they are receiving a wide variety of other medications that cost more and are not always as effective or safe,” Bero said. “This study suggests that if states used the World Health Organization Essential Medicines List as a starting point, it might reduce the number of medicines available to Medicaid patients, but patients could have more confidence that the medicines they receive are effective and safe.”

The 249 medications that only appeared on state lists were composed entirely of drugs that are either nongenerics, not the recommended therapy for a disease or combination therapies. They also were less likely than the WHO counterparts to have generic versions available: only 56 percent of the state-list medications have generics available, versus 76 percent of the WHO list. While each state negotiates its drug prices, the authors noted that generic drugs tend to be less costly, suggesting that states are paying more than they need to for effective medicines.

Bero said the high degree of variation among the state lists, lack of documented protocols, and the limited connection between a drug’s proven clinical effectiveness and its appearance on these lists also suggests that state committees charged with developing these formularies do not have a consistent methodology for listing medications.

Timothy P. Millar, PharmD, was the first author on the paper, and is with the Department of Clinical Pharmacy in the UCSF School of Pharmacy, as are Bero and co-authors Shirley Wong, PharmD, and Donna H. Odierna, DrPH, MS. Bero is also affiliated with the UCSF Institute for Health Policy Studies. The research had no external funding.