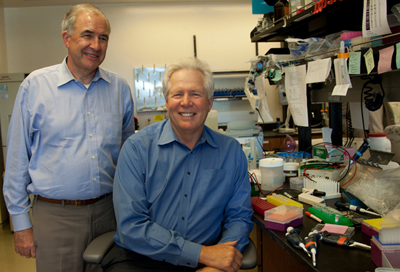 A first-of-its-kind international meeting in Kampala, Uganda last month drew together investigators from across all of sub-Saharan Africa to discuss leading-edge problems in the HIV/AIDS epidemic.

The 2011 Sub-Saharan Africa Center for AIDS Research (CFAR) Conference meeting, which participants hope will become a biannual meeting, was organized by Paul Volberding, MD, and Warner Greene, MD, PhD, from the UCSF-Gladstone Institute of Virology and Immunology (GIVI) CFAR together with their African colleagues, Moses Kamiya from Makerere University and Doreen Ramogola-Masire from the University of Botswana.

A key focus of the conference was providing an interactive forum for African investigators to learn more about their colleagues’ work.

“We hope that new collaborations will emerge from this meeting involving investigators from across Africa,” said Volberding, reached by telephone before the meeting.

When he returned, Volberding, who is vice chair of the UCSF Department of Medicine and medical service chief at San Francisco VA Medical Center, reflected, “The meeting was an unqualified success with 240 participants from 28 African countries representing 17 CFARs. We have clearly planted the seeds of meaningful collaboration.”

Meeting topics focused on three themes: integrating treatment and prevention in HIV care; comorbidities, or other disorders or diseases that affect people with HIV/AIDS; and HIV and women. The concept was that an exchange of information on these topics is a good starting point for moving forward.

Much of ongoing HIV/AIDS research throughout sub-Saharan Africa is clinical and epidemiological in nature, Greene said. A key missing ingredient is the infrastructure and training needed to launch laboratory-based basic and translational studies. The massive basic biomedical research enterprise in the United States, overlapping strongly with the U.S. clinical research community, is largely nonexistent in Africa.

In the United States, scientists who receive funding at any level to do research can hit the ground running because most anything they need to do their studies, from equipment to animals to chemicals, is readily available for purchase in the country's richly competitive marketplace of biomedical supplies.

In Africa, on the other hand, that marketplace simply does not exist. Large equipment purchases can be risky because vendors may not supply service contracts for maintenance. Routine reagents may be hard to obtain because the major vendors may not provide service to large swaths of Africa. Even the basic infrastructures for electricity, phones, Internet service, clean water and waste disposal may be unreliable.

“All of that has to be in place,” Volberding said.

One of the points of the meeting, he added, is that while it may not be possible to build up this infrastructure overnight, some of the problems can be dealt through clever solutions, such as buying freezers that run on natural gas rather than relying on undependable electric supplies. That is where collaborations will be key. 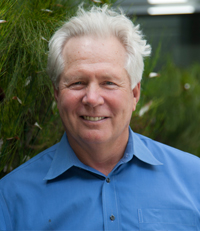 “Creating a solid base for basic and translational research will not be easy," said Greene, director of the GIVI, “but it is an important step that will yield countless long-term benefits.”

Two thirds of all the people in the world living with HIV/AIDS reside in sub-Saharan Africa. According to 2009 estimates by the World Health Organization, that’s roughly 22.5 million people — a population larger than that of New York or Texas.

In some ways, the epidemic in sub-Saharan Africa is analogous to the disease burden faced by cities and states in the US. There, as here, people with HIV/AIDS need basic care, counseling and life-extending antiretroviral drugs, for instance.

In other ways, however, aspects of the African epidemic are unlike anything seen in the United States. It is very common for people in sub-Saharan Africa with HIV/AIDS to suffer health problems associated with diseases like tuberculosis or malaria, which are far rarer in the United States.

Moreover, many people in rural, sub-Saharan Africa live in communities where phone service and electricity are nonexistent and hospitals and clinics are rare. Many people with HIV/AIDS in sub-Saharan Africa are diagnosed, treated with medications, and cared for in an ongoing fashion without ever once seeing a doctor — something essentially unheard of in the United States.

At the heart of the issue is a lack of institutional capacity and training. Building research capacity will be critical for the long-term growth of science in Africa, Greene said, and it will also have the added benefit of providing more medical-school faculty who can teach the basic sciences in Africa’s more than 160 medical schools.

A “brain drain” has left many African countries with a tremendous shortage of trained doctors. Within four years of graduating medical school, Greene said, more than a third of African doctors leave the continent to practice elsewhere in the world.

A shortage of basic science faculty was recognized as a leading shortcoming in the African medical education system by a recent study of medical schools in sub-Saharan Africa – something that a growing community of scientific investigators could change. 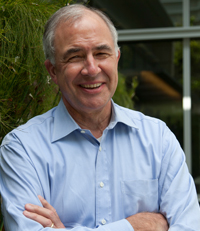 Many African nations have their own national research budgets, particularly South Africa. Several nonprofit organizations, such as the Howard Hughes Medical Institutes and the Burroughs Wellcome fund, sponsor major research projects on the continent. And the United States spends significant resources in Africa, both by buying life-saving antiretroviral drugs for people with HIV/AIDS and by funding numerous research projects done in collaboration with researchers on the continent.

One recent result of this collaboration was last month’s meeting, which drew heavily upon an existing network of scientists and laboratories that involves multiple academic units in Africa as well as 21 federally funded, university-based CFARs in the United States. All of these centers have activities and collaborations in sub-Saharan Africa that fed into the recent meeting. The UCSF-GIVI Center for AIDS Research headed by Greene and Volberding has particularly strong ties with researchers in East Africa, including Uganda, Kenya and Tanzania.

“Slowly and steadily, infrastructure and capacity are increasing Greene said. “Plus because Africa is the land of great opportunity, these investments promise to have great impact.”