Doctors who treat children with the most common form of childhood cancer – acute lymphoblastic leukemia – are often baffled at how sometimes the cancer cells survive their best efforts and the most powerful modern cancer drugs. 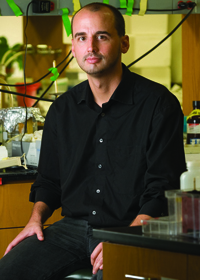 Now a team of scientists led by researchers at the University of California, San Francisco (UCSF) have uncovered the basis for this drug resistance: BCL6, a protein that leukemia cells use to stay alive. Targeting this protein may be the key to fighting drug-resistant leukemia, a discovery that may make cancer drugs more effective and help doctors formulate powerful drug cocktails to cure more children of leukemia.

“We believe this discovery is of immediate relevance to patient care,” said Markus Müschen, MD, PhD, a professor of laboratory medicine at UCSF and the senior author on the study.

As described in the journal Nature this week, Müschen and his colleagues showed that mice with drug-resistant leukemia can be cured of the disease when given conventional cancer drugs in combination with a compound that disables the BCL6 protein. This compound was initially developed by Ari Melnick, a professor of pharmacology at the Weill Cornell College of Medicine in New York and a co-author of the study.

A Common Form of Cancer in Children

In this form of cancer, leukemia cells in the bloodstream and bone marrow continuously multiply, crowding out other, healthy cells. The disease progresses rapidly, and the leukemia cells begin to infiltrate tissues in other parts of the body. Treatment is neither cheap nor easy – but it can be miraculous. It usually involves a long course of drugs that can be physically and emotionally taxing for the children and their parents. Once finished, many enjoy complete remission and are able to live cancer-free, cured of the leukemia.

Still a large number of children are not cured and ultimately succumb to the disease. In those cases, some of the cancer cells resist the therapy and survive quietly in the body. When the cancer reemerges, it is no longer sensitive to the drugs.

In their new report, Müschen and his colleagues show that the key to this resistance is the protein BCL6, offering the first evidence of how the cancer cells managed to survive.

“It is something like an emergency mechanism whereby tumor cells try to evade drug-treatment,” Müschen said.

The work started four years ago when Müschen wanted to figure out what happens to cancer cells during cancer treatments. He and his colleagues exposed leukemia cells in the petri dish to drugs and then looked at how they responded to the treatment. They analyzed how the expression of 22,000 different genes changed when different cancer cells were given different drugs, and they found that BCL6 levels always rocketed up following treatment.

The BCL6 protein was already known to cancer researchers because it is active in other forms of cancer. In lymphoma, for instance, BCL6 protects cancer cells from dying, and the protein has long been the target for research and drug design. But it had never been connected to leukemia. 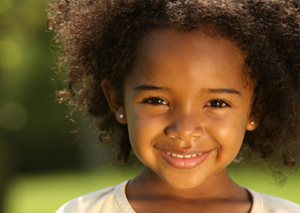 Reasoning that blocking BCL6 would make leukemia cells more sensitive to chemotherapy, the scientists showed exactly that. Working with Melnick and colleagues at Weill-Cornell Medical College in New York City who had developed a biotech drug-like peptide that blocks BCL6, they showed that giving the peptide to mice along with anti-leukemia drugs increased the potency of conventional drugs and helped the mice survive the disease.

Now Müschen is looking for ways to do the same thing with small molecules, which are generally easier to formulate into an oral drug and cheaper to mass produce than biotech drugs like peptides.

Last year, he was awarded a $3.6 million grant from the California Institute for Regenerative Medicine (CIRM) to develop such a molecule.

This work was supported by grants from the National Institutes of Health and the National Cancer Institute, grants from The Leukemia & Lymphoma Society, the California Institute for Regenerative Medicine, the William Laurence and BlancheHughes Foundation and a StandUp To Cancer-American Association for Cancer Research Innovative Research Grant. Markus Müschen and Ari Melnick are Scholars of The Leukemia & Lymphoma Society.