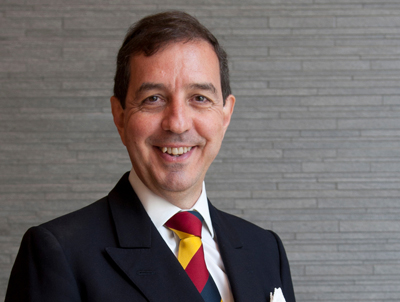 The University of California, San Francisco (UCSF) has appointed a world-renowned leader in public health to unify its widespread efforts in global health on campus and worldwide. Jaime Sepúlveda, MD, MPH, DrSc, will join the university as executive director of UCSF Global Health Sciences on September 1.

Sepúlveda brings broad international leadership experience in public health. He is currently director of special initiatives and a senior fellow for the Bill & Melinda Gates Foundation, where he has played a central role in shaping the foundation’s overall global health strategy as part of its executive team.

“Dr. Sepúlveda brings the international vision, stature and hands-on knowledge in the world of global health that will help make both UCSF and the Bay Area a world center in the field,” said UCSF Chancellor Susan Desmond-Hellmann, MD, MPH. “His deep understanding of health issues and policy in both limited and high-resource nations will make him an invaluable part of that effort.”

UCSF is already a leader in education, research and policy that aims to improve health worldwide, offering the nation’s first master’s program in global health, serving as a hub for the UC Global Health Institute, and leading a consortium of universities in the field. Global Health Sciences, which reports directly to the Chancellor, was created in 2003 to integrate and expand these efforts and support UCSF faculty projects in more than 100 countries.

Sepúlveda previously was a visiting professor at UCSF during a nine-month sabbatical in 2007, where he convened a coalition of international leaders in global health policy and education to focus on educating health care workers to effectively meet the world’s health needs in the 21st century. Sepúlveda said he hopes to build on that effort in his upcoming position, harnessing UCSF’s strength and collaborations across health care disciplines to do so.

“UCSF is one of the world’s leading academic biomedical centers with a very strong reputation worldwide in all of its schools,” Sepúlveda said. “This is a tremendous opportunity to use that strength to make a global impact.”

From 2003 to 2006, Sepúlveda directed Mexico’s National Institutes of Health, where he was responsible for managing the country’s NIH institutes, overseeing 35,000 employees and a budget of nearly $1 billion.

Sepúlveda was elected twice as director general of Mexico's National Institute of Public Health, one of 12 institutes in the Mexican NIH. He also served as dean of the National School of Public Health, leading the oldest and one of the most renowned academic Latin American institutions dedicated to research and education in public health.

As Mexico’s director general of epidemiology (1985-1991) and vice-minister of health (1991-1994), he designed the country’s Universal Vaccination Program, which successfully eliminated polio, measles and diphtheria by doubling the vaccination rate to 94 percent of preschool children. 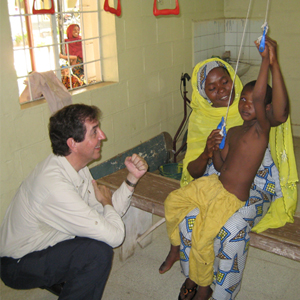 Global health leader Jaime Sepúlveda visits a child who has polio in Nigeria in 2009.

During that time, he oversaw the nation’s early response to the AIDS epidemic and is credited with developing a coordinated response that has translated into one of the lowest national rates of HIV/AIDS in the world. His oversight also is credited with wiping out cholera throughout Mexico.

“Jaime Sepúlveda brings a long record of public health successes that span both the most grassroots levels and the highest realms of philanthropy and government,” said UCSF Executive Vice Chancellor Jeffrey Bluestone, PhD. “We were looking for someone who could bring together the multiple, diverse and rich aspects of UCSF’s work in global health and unify them to truly lead the field worldwide. Jaime clearly brings both the ability and experience to do so.”

"I have known and worked with Jaime for 25 years," said Feachem, who will remain director of the UCSF Global Health Group. "He is a towering figure in global health and has made numerous contributions. He will bring great leadership, credibility and stature to UCSF and Global Health Sciences."

Sepúlveda said he will be standing on the shoulders of giants in this role, building upon the leadership of Debas and Feachem in areas such as malaria elimination and HIV/AIDS, as well as partnerships to create sustainable public health projects in Africa and beyond.

“I always said I would come back to UCSF,” Sepúlveda said. “I know the people here and love the culture and always wanted to do something more and better in global health.”

That “something more” is an ambitious goal of making both UCSF and the Bay Area key players in leading efforts to improve health worldwide. That will require a coordinated effort across health disciplines — including medicine, nursing, pharmacy and dentistry — that already are sources of excellence at UCSF.

“I think the Bay Area has huge potential — given the superb reputation of UCSF, Berkeley and Stanford — to become one of the strongest hubs in global health,” he said.

Sepúlveda holds a medical degree from National Autonomous University of Mexico and a doctorate and two master’s degrees from Harvard University.